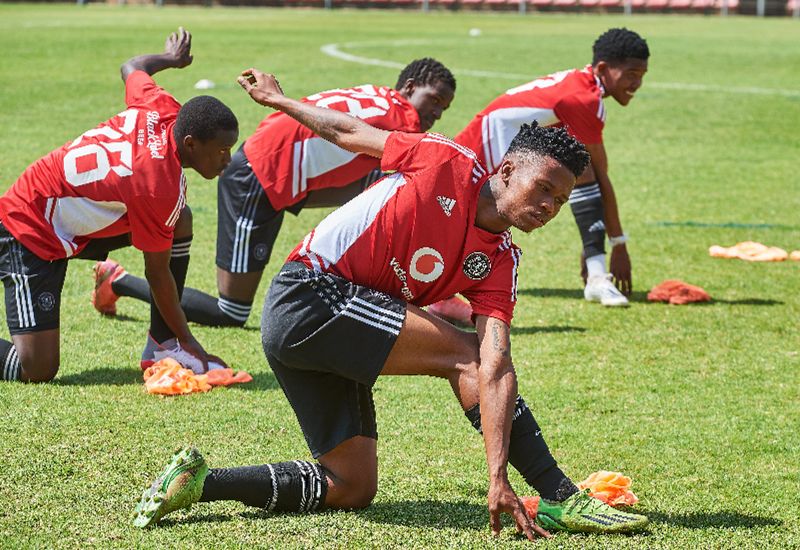 Orlando Pirates Reserves return to familiar territory for their second fixture in the 2022/23 season of DStv Diski Challenge, as they host defending champions Stellenbosch at Rand Stadium on Saturday.

The new campaign began with some tightly-contested derbies over the past weekend, and the intensity won’t be letting up as two sides that were engaged in a fierce battle for the coveted title for the bulk of last season do battle in what promises to be another exciting clash.

The two sides experienced contrasting fortunes in the opening weekend, but maximum points will be the main objective from both camps heading into Saturday’s fixture.

This is after three first-half goals, courtesy of debutant Relebohile Ratomo - who netted a brace - and defender Samukele Kabini handed the Buccaneers the perfect start to their campaign as they claimed the spoils in their Soweto Derby clash against rivals Kaizer Chiefs with a 3-2 win at King Zwelithini Stadium.

The result brought them up to third place in the standings, and they will be looking to climb up even further by collecting a further three points against the team from the Cape Winelands, who find themselves on the opposite end of the table heading into Match Day 2 of the competition.

Stellenbosch were also in action in Durban over the weekend, and their Cape Derby clash against Cape Town Spurs finished in a 3-2 defeat.

Their main objective as they visit the Bucs Reserves will be to get their title defence back on track, as they look to escape the bottom half of the table, where they currently reside in 13th place.

It was the Stellies Reserves who effectively ended the title aspirations of the young Buccaneers, who finished the game with ten men and succumbed to a 2-1 defeat in a game held at Makhulong Stadium back in April.

This was only the fourth meeting at this level between the two sides, and it’s currently level-pegging as far as head-to-head results are concerned, with each side sitting on two victories.

Pirates’ last victory over Stellenbosch also came during the same campaign, with Mpumelelo Ndaba netting the only goal of the encounter to hand his side the three points.

How to Follow Orlando Pirates Reserves vs Stellenbosch FC Reserves

The game kicks off at 12:00 and will not be televised. You can follow the action by keeping an eye on live updates provided across Orlando Pirates social media platforms.