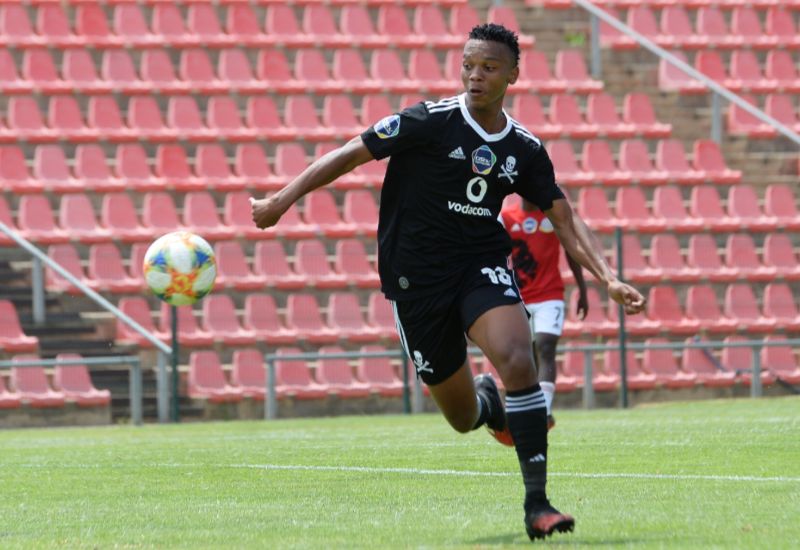 The high-flying Orlando Pirates Reserves are off to Makhulong Stadium in Thembisa, where they will take on Tshakhuma Tsha Madzivhandila (TTM) on Tuesday morning.

The Buccaneers youngsters boast a perfect record in the opening three matches of DStv Diski Challenge REwired, and are on top of the Stream 2 standings with nine points.

Lying in wait is a TTM side currently languishing on the bottom half of the table after their two matches in the competition.

The Limpopo-based outfit has a single point to show for their efforts so far in the competition after drawing with Moroka Swallows in the opening weekend.

That stalemate was followed by a thrashing suffered at the hands of provincial rivals Baroka, who ran off 4-0 winners when the two sides met earlier in the month.

For the Bucs Reserves, the prospect of locking horns with TTM, could invoke fond memories of their only other encounter.

On the day, Boitumelo Radiopane netted a hat-trick, with Lesiba Mahlong netting the other goal for the Soweto Giants in a 4-1 victory before the season was voided.

However, they will be fully aware that a lot has changed in the months since that encounter, and their opponents will be eager to avoid a repeat of that routing when they meet on Tuesday.