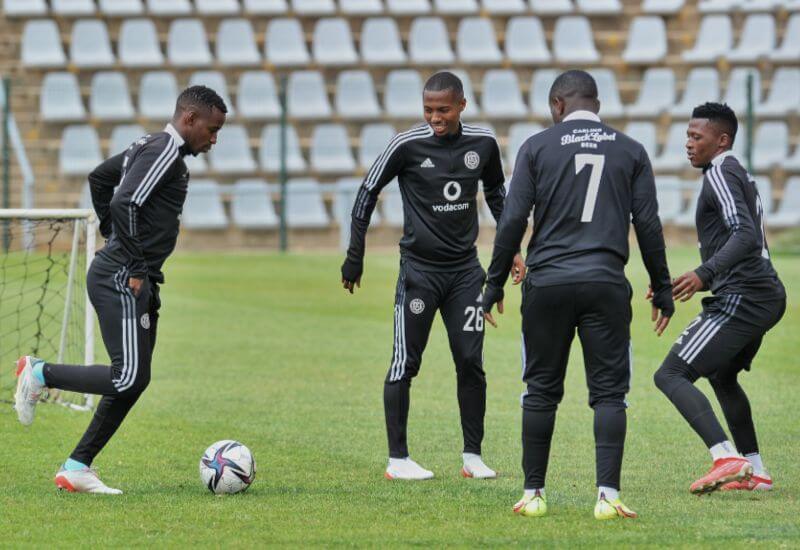 Jonsson Kings Park Stadium is the next stop for Orlando Pirates, who take on AmaZulu in the DStv Premiership on Wednesday.

The Soweto Giants will be making their second visit to the coastal city in the space of a month, having stopped by to play Golden Arrows towards the end of November.

They will be looking to improve on their performance from their last visit there - a frustrating goalless draw at Princess Magogo Stadium.

Since that result, the Buccaneers have gone on to record two back-to-back victories in different competitions, netting five unanswered goals, before being kept scoreless at home by Baroka last Thursday.

They come up against a side that’s also coming off a goalless stalemate in their last outings.

Usuthu have now recorded four straight draws in their last four, which places them in ninth place in the standings, two spots below the Buccaneers.

AmaZulu will be boosted by the return of defender Samkelo Mgwazela, who is expected to make a return to the starting XI after serving a red-card suspension.

Meanwhile, the Buccaneers have made strides on the injury front with the likes of Happy Jele and Thembinkosi Lorch all having resumed training after lengthy layoffs.

Olisa Ndah (Orlando Pirates): The Buccaneers have not conceded in their last three league outings, and the defender has been a central part of their solid defensive effort. Ndah has linked up well with fellow centre-back Ntsikelelo Nyauza, and the duo will again be key against Usuthu.

Bongi Ntuli (AmaZulu): The striker is back leading the line for AmaZulu after being injured for most of the previous campaign, and is expected to be the focus of most of his side’s attacks. Ntuli has already netted five goals across competitions this season, and has the penchant for producing the goods on big occasions.

Recent results in this fixture have overwhelmingly favoured the Buccaneers, who have gone seven years without losing to Usuthu.

Most of the Buccaneers’ wins over this period have come on home turf, but they’ve also been the more dominant side when visiting the Durbanites, winning four times in 15 games, with two defeats and nine draws.

How to Watch AmaZulu FC vs Orlando Pirates

The game kicks off at 17:30 and will be broadcast live on SuperSport PSL. You can also follow live updates across Orlando Pirates’ social media platforms.