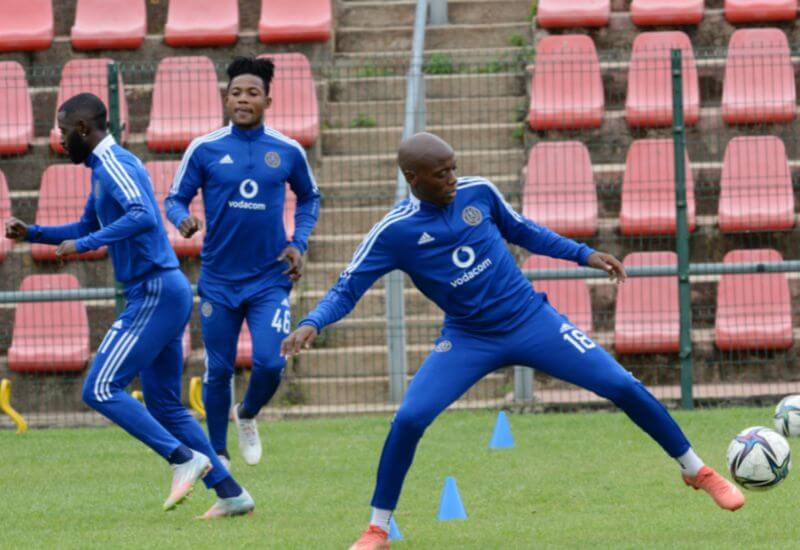 Orlando Pirates close out 2021 with a midweek home fixture against AmaZulu at Orlando Stadium on Thursday night.

It will be a battle to finish the year in second place as the two teams go into the clash level on 27 points.

The Buccaneers are higher up in the standings, courtesy of a superior goal difference.

They claimed a 2-1 victory over Marumo Gallants on Monday, making it nine points in their last six matches.

The Soweto Giants now face a stiff challenge against the Durban outfit, who have taken all six points on offer in their last two, including the prized scalp of runaway log-leaders Mamelodi Sundowns in their most recent outing.

Having broken a remarkable streak of seven stalemates, Usuthu have now collected 10 points in their last six games, and will want to add the name of Orlando Pirates to their list of giants they’ve conquered this season.

The Buccaneers have been boosted by the return of Captain Happy Jele, who paired up with Ntsikelelo Nyauza in the centre of the defence against Gallants.

The skipper will, however, not be available for selection after picking up a yellow-card suspension on his return, along with fellow defender Paseka Mako.

While the duo sits out Thursday’s clash, Pirates’ back four could be strengthened by Olisa Ndah’s possible comeback, after the centre-back served his one-match ban.

On the other hand, AmaZulu have been without veteran keeper Veli Mothwa in their last two fixtures, and he could again be missing in action come Thursday night.

Thembinkosi Lorch (Orlando Pirates): The influence the 28-year-old can have on a game was felt in full on Monday, when he  provided the two assists leading up to Kwame Peprah’s brace. Having put some decent minutes on the park following his injury lay-off, he could again be a factor against Usuthu.

Luvuyo Memela (AmaZulu): Having spent around five years at the Buccaneers, Memela possesses more than just intimate knowledge of his next opponents, and has displayed the necessary guile and creative prowess to impact many games throughout his career. The forward is coming off another good performance for AmaZulu, where he added an assist to his four goals so far this season.

A goal at each end in the first half ensured a stalemate when the two sides last met, but Pirates still maintain a positive record in their meetings with AmaZulu.

In their last 31 encounters with Usuthu, the Buccaneers have collected an impressive 13 victories to their opponents’ three, scoring twice as many goals as the Durban outfit.

However, neither side has managed to produce more than two goals inside 90 minutes in the past two years in this fixture, and the Buccaneers’ 4-1 victory over Usuthu in February 2019 remains the last real goal-fest produced by the country’s two oldest top-flight clubs.

How to Watch Pirates vs AmaZulu

SuperSport PSL will broadcast the game live, kicking off at 19:30. Orlando Pirates will also be providing updates through the Club’s social media platforms.