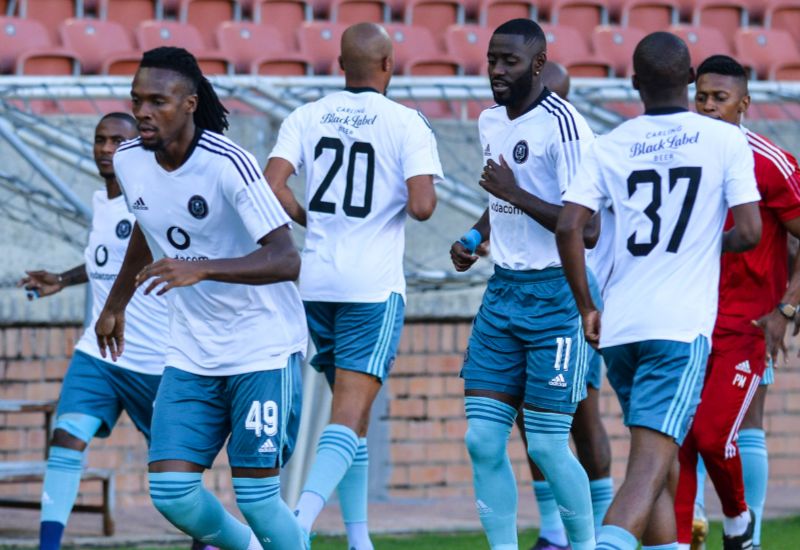 Orlando Pirates have a midweek DStv Premiership assignment, as they head to Polokwane to lock horns with Baroka on Tuesday.

Peter Mokaba Stadium will host the clash which promises to be an enticing contest between two teams on different ends of the table with the current campaign now well into the final stretch.

Nothing short of three points will do for the home side, who are down at the very bottom of the league table after picking up just 17 points in their 24 games.

Their recent form has not helped their situation, with just one win picked up in their last seven games.

Baroka were also in action over the weekend, crashing out of the Nedbank Cup via a narrow defeat at the hands of Marumo Gallants on Saturday.

For the visitors, it has been close to a week since they last took to the field, and they will be eager to build on the victory earned in their last outing.

Pirates defeated Sekhukhune United on the road last Wednesday to make it two wins in as many league games, and three more points on Tuesday could push them up to third place from fifth.

The return of defender Olisa Ndah will provide a welcome boost for the Buccaneers, after the player sat out the game against Sekhukhune as he served out a one-match ban.

Baroka will also be welcoming a player back from suspension, with midfielder Tshepo Mokhabi now eligible for selection after being red-carded during a 5-1 defeat away to Cape Town City.

Goodman Mosele (Orlando Pirates): The young midfielder has been a figure of consistency since his arrival at the Buccaneers, and will again be a key cog in the side’s engine room in what will be his first game against his former side.

Denwin Farmer (Baroka): In what has been an overall difficult season for Bakgakga, the highly-rated defender has emerged as one of the standout players for the club.

No goals were scored when the two sides met at Orlando Stadium earlier in the season, as they played to their first goalless draw in their history.

Since first locking horns in the league over five years ago, Pirates and Baroka have mostly played to draws, with eight stalemates recorded in their 11 encounters.

The other three games have all gone the way of the Buccaneers, who will be eager to protect their proud unbeaten record against the Limpopo-based outfit.

How to Watch Baroka vs Orlando Pirates

The game kicks off at 19:30 on Tuesday night, and will be televised live on SuperSport PSL. You can also follow the action through live updates across Orlando Pirates social media platforms.

A limited number of tickets have been made available and can be purchased across all Computickets outlets.