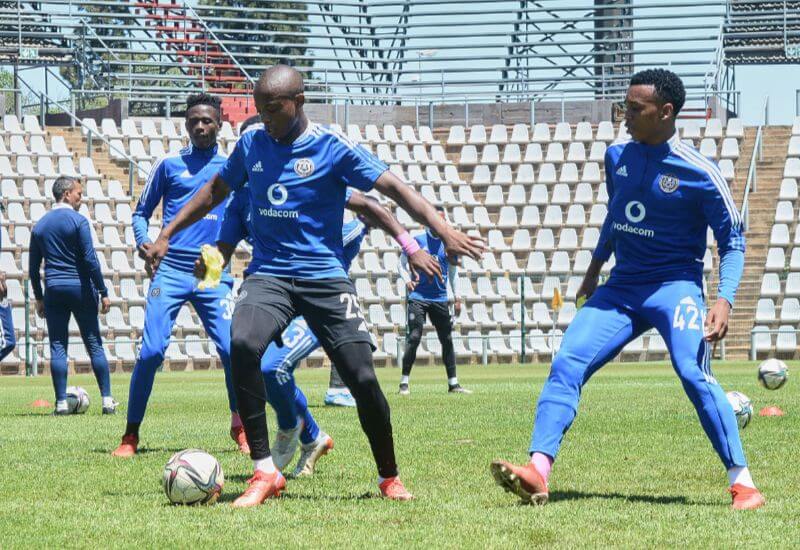 After four straight games on the road, Orlando Pirates return home to Orlando Stadium for their next fixture as they host Baroka in the DSTV Premiership on Thursday night.

The Soweto Giants will tread on their iconic home venue for the first time in exactly a month, having not played there since beating Sekhukhune 2-1 in the league in early November.

The two sides featured in different competitions over the weekend, experiencing contrasting results.

It was the Buccaneers who returned a positive result, beating reigning Liberian champions LPRC Oilers 2-0 away in the CAF Confederation Cup on Sunday.

This was their second straight win across competitions, having returned from their recent visit to Stellenbosch with a league victory.

Pirates have now won three of their last five matches and will be hoping that their upturn of results continues against Baroka, who have had a bit of a struggle in recent weeks.

Bakgakga currently occupy the bottom half of the league table, level on points with Swallows FC, who are currently in 16th place.

They were on the losing side this past weekend, and have gone eight league games without tasting victory, with their last win dating as far back as September.

Bakgaka will go into the fixture without the services of influential forward Richard Mbulu, who was red-carded during the loss to Arrows over the weekend.

The Malawian international has been suspended for two matches, beginning with the game at Orlando Stadium.

At the same time, the Buccaneers are expected to welcome the versatile Abel Mabaso back to league football after he served his one-match ban by sitting out the game against Stellenbosch.

Deon Hotto (Orlando Pirates): Fresh of a match-winning brace in the Buccaneers’ last league fixture, Hotto is hitting his stride and will once again be vital to his side’s cause on Thursday. The 31-year-old was a lively presence on attack in Liberia before being withdrawn in a tactical switch in the second half, and will be fresh and ready to cause more problems for Baroka on Thursday.

Denwin Farmer (Baroka): The visitors have the ever-improving Denwin Farmer at the back, who is just as dependable when operating in the centre of the defence as he is at left-back. The defender has been a mainstay in the Baroka lineup, chipping in with two league goals so far this season.

Orlando Pirates have locked horns with Baroka a total of 10 times in the league, with seven of those matches ending in a stalemate.

The Soweto Giants remain unbeaten in this fixture, winning the remaining three, and have scored a total of 15 goals while conceding 11.

SuperSport PSL will be broadcasting the game live from 19:30. You can also follow live updates across all Orlando Pirates social media platforms.