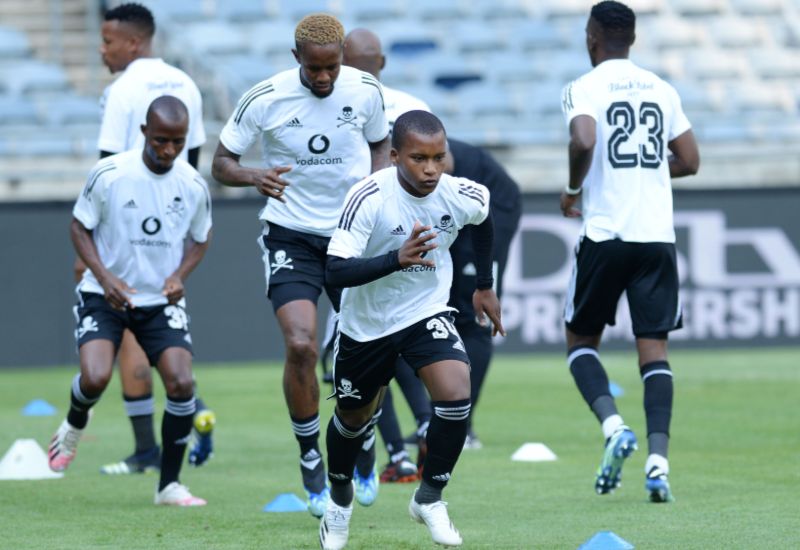 Both clubs tasted success in cup action over the weekend, each going through to the next round of the Nedbank Cup, and improving log position will be high on the agenda when they clash at Orlando Stadium.

As was the case ahead of the reverse fixture, very little separates the two sides in the standings with just two points keeping the fifth-placed hosts above the visitors in sixth.

With two games in hand, City will be looking for a third league win in their last four matches - a victory that could facilitate a climb to fourth place in the table.

Meanwhile, the Buccaneers have the incentive of drawing level with second-place Supersport United on points, and the more convincing the victory, the bigger the dent they could make on the goal-difference stakes, which could decide what has already shaped up to be a tight battle at the top.

The ball was collected from the back of the net four times when these two teams locked horns in the Mother City where things ended level at two-all.

The stalemate was the fourth identical result in what is a relatively new rivalry, whose first edition only took place in 2016.

In total, six draws have been posted in this fixture, with Pirates and City level in terms of matches won at two apiece.

Mduduzi Mdantsane: A prolific goal threat from the centre of the midfield is not something you encounter a lot in football, but Mdantsane has gone against the norm in the current season, where he is among the Lesley Manyathela Golden Boot with eight goals already in the campaign.

Fagrie Lakay: Hitting his stride under coach Jan Olde Riekerink is 23-year-old Fagrie Lakay, who has no less than five league goals in his eight appearances, with four of those coming in his last five starts.