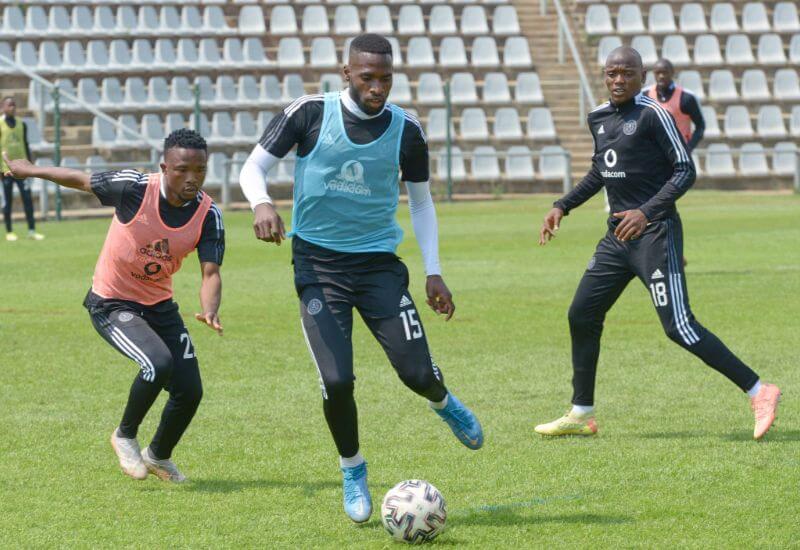 Orlando Pirates are back on the road with the Mother City serving as their next stop for their DStv Premiership encounter against Cape Town City at Cape Town Stadium on Saturday.

The two sides are on opposite ends of the table, as the hosts sit in 11th place with five points albeit having played one less game than the Buccaneers (eight points), who are currently fifth in the log.

While goals have proven hard to come by for City in the league, their last outing - a midweek cup fixture - will have been a welcomed change to routine early in their campaign.

Eric Tinkler’s men put four unanswered goals past Soweto outfit Swallows in the second leg of their MTN8 semifinal tie on Wednesday. This was a stark contrast to how they have fared in front of goal in the league, where they managed just two goals in four matches, with one win so far.

On the other hand, the Buccaneers have two victories under the belt - achieved in consecutive weekends against Swallows and Chippa United - but that flow has been disturbed by a defeat in their last outing against defending champions Mamelodi Sundowns.

On the goal-scoring stakes, the Soweto Giants have been the better of the two, netting six goals in four matches before being denied by their Tshwane counterparts.

City have had to navigate the early stages of the season without the services of Bafana goalkeeper Darren Keet, who is yet to feature this season and will likely not be a part of proceedings at Cape Town Stadium.

They have however been boosted by the returning Thabo Nodada and Edmilson Dove, who have both made appearances off the bench after time on the sidelines.

For the Buccaneers, the fresh injury concern is forward Terrence Dzvukamanja, who was withdrawn in the first half against Sundowns after picking up a knock.

He remains doubtful for the clash on Saturday, while goalkeeper Richard Ofori is on the road to recovery after missing out on Pirates’ last three matches.

Vincent Pule: With three goals in his last two games against City, the Bucs midfielder will be eager to continue that impressive record on Saturday by putting on another impressive display. Form is on the 29-year-old’s side, having been called up to the national team after another impressive start to the season.

Surprise Ralani: The winger has been a live wire in City’s forward line for years and will go into the clash with a fresh boost in confidence after netting a brace in midweek.

Pirates’ most recent visit to the Citizens will have been a treat to the neutral, as four goals were shared evenly between the two sides, with Vincent Pule striking twice for the Buccaneers.

The Soweto Giants were dominant in the return fixture at Orlando Stadium, running off 2-0 victors, with Deon Hotto and Pule penning their names on the scoresheet.

That victory evened things out as far as head-to-head league results are concerned, with each sporting two victories since City’s entry into the South African topflight.

In 10 league matches played, this fixture has yielded six stalemates with all but one producing four or more goals.

How To Watch City vs Pirates

No tickets will be sold as no spectators are allowed inside match venues in adherence with COVID-19 prevention protocols.