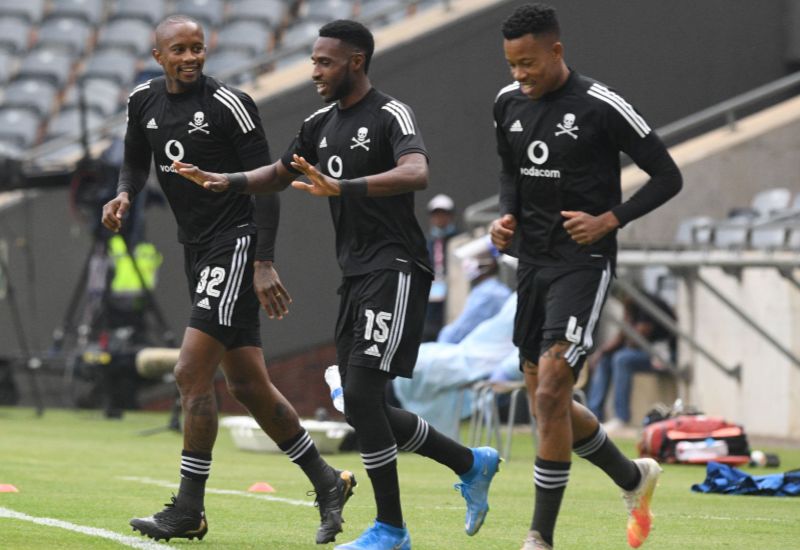 Nelson Mandela Bay Stadium is the next stop for Orlando Pirates, who visit Chippa United for a DStv Premiership encounter on Saturday at 17:00.

It is the Buccaneers’ second league fixture in a week where their first ended with a maximum-points haul on home soil against Bloemfontein Celtic.

The midweek result was the seventh unbeaten match for Josef Zinnbauer’s men, who have secured six wins and a single draw across competitions in their most recent outings.

During this good run of results, Pirates have found the net 12 times, only letting in two goals.

Their opponents have also enjoyed an unbeaten spell of their own, with no defeats in their last five matches.

Chippa have won two of their matches in this period, with one coming via a penalty shootout in the first round of the Nedbank Cup. They have scored six goals and conceded one less during this run.

The Buccaneers have been buoyed by the return to action of key cogs in their attacking machine in striker duo Gabadinho Mhango and Tshegofatso Mabasa, who were welcome returnees in midweek.

Coach Zinnbauer will also be able to call upon midfielder Thabang Monare, who has served his one-match suspension.

The Chilli Boys also welcome back experienced defender Isaac Nhlapho, after the 30-year-old completed his red-card suspension on Wednesday.