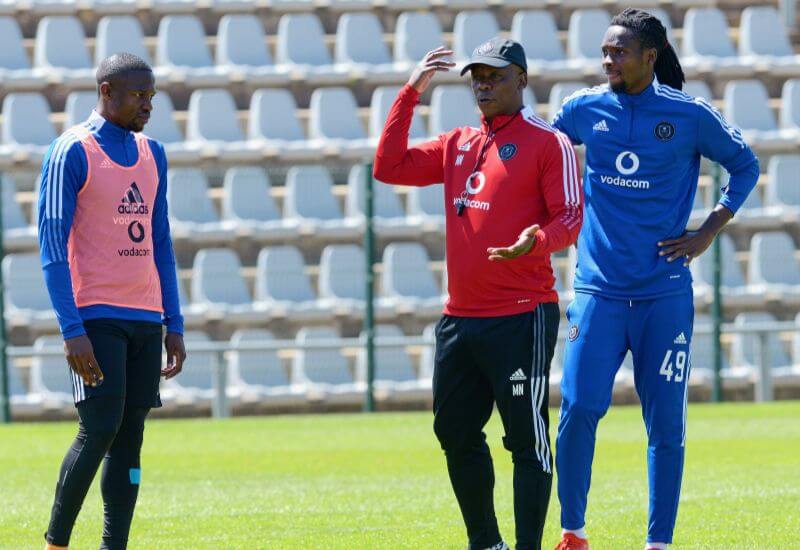 Orlando Pirates venture out to Gqeberha for their next DStv Premiership assignment, a meeting against Chippa at Nelson Mandela Bay Stadium on Saturday.

With three league outings under the belt, the Buccaneers are still unbeaten, and occupy third place in the standings after collecting five points.

Three of those points came in their last fixture, courtesy of a 1-0 win over rivals Swallows FC at Orlando Stadium.

For Chippa, things went the other way the last time they took to the field, as they were stunned by top-flight debutants Royal AM in Durban over the weekend.

This completed a mixed bag of results for the men from the Windy City, who have registered a victory, a draw and a defeat, with just one goal scored in their three matches so far.

Veteran defender Ntsikelelo Nyauza is back in contention for a place in the Buccaneers match-day squad after serving out his red-card suspension.

Goalkeeper Richard Ofori missed the victory over Swallows and remains out injured, but aside from Thembinkosi Lorch, Innocent Maela and Zakhele Lepasa - who are all nursing long-term injuries - the Pirates camp sports a clean bill of health with the likes of Thabang Monare and Kwanda Mngonyama in line to make their first appearances for the season.

Vincent Pule: Against a team that has given very few goal-scoring opportunities to their opponents this season, Pule’s adventurous style could be key on Saturday. The energetic midfielder got an assist in Pirates’ last fixture, and will look to build on that in Gqeberha.

Mogakolodi Ngele: New to the Chilli Boys setup, the Botswana international boasts considerable experience, and has slotted seamlessly into Coach Gavin Hunt’s starting XI. The 30-year-old can operate anywhere in the attacking third and is a known threat come set-piece time.

Not only will Pirates have good memories of their last visit to Gqeberha - where they returned 3-0 victors - they will also be looking to extend an impressive run of victories over Sunday’s opponents.

It has been close to five years since Chippa registered victory in this fixture and since then, the Buccaneers have gone on to win in each of their last ten clashes with the Chilli Boys.

In total, the Soweto Giants have emerged on the winning side 12 times since the first meeting between these two sides, suffering just three defeats.

There has only been one instance where this fixture ended in a stalemate - a goalless draw in its first ever edition - and a total of 39 goals have been scored since, with the Buccaneers leading the stakes comfortably with 27 goals to the Chilli Boys’ 12.

The game will be played behind closed doors with no spectators allowed inside the match venue.