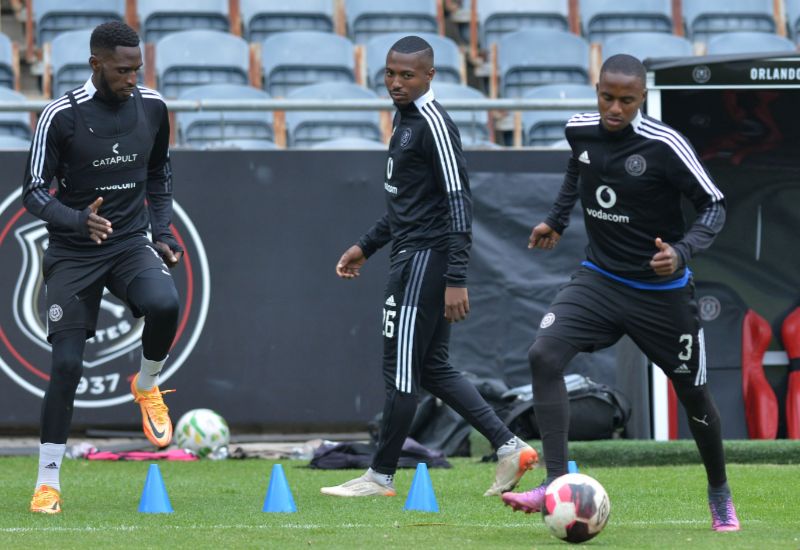 Orlando Pirates return to league football this week as they host Chippa United in a midweek DStv Premiership fixture at Orlando Stadium on Wednesday night.

The Buccaneers are one of a handful of sides competing for the opportunity to participate in CAF competition next season and currently find themselves in fifth place, tied on 39 points with two other teams.

The short turnaround time between fixtures means that the celebrations from the weekend’s Confed Cup triumph will have to be cut short, as focus shifts to picking up three crucial league points.

Pirates are unbeaten in their last three DStv Premiership games, with two home wins and a draw picked up on the road.

Across competitions, the Soweto Giants have displayed some good form, with just a solitary defeat in their last eight outings, where they emerged on the winning side five times.

Facing them on Wednesday is a side still striving for safety from the threat of relegation with just five games left to play.

Chippa moved up to 12th on the log following victory over Stellenbosch in their last outing, but remain just two points above 15th placed TS Galaxy.

That win ended a run of three games without a victory, and the Chilli Boys will be chasing another three points to further enhance their chances of avoiding the relegation playoffs in the offseason.

Chippa have confirmed the return of Phakamani Mahlambi to full training after a lengthy injury spell, while experienced centre-forward Rodney Ramagalela could also be nearing a debut in the Club’s colours, having been sidelined since his arrival earlier in the season.

The Gqeberha-based outfit will also have a few key absentees in midfielders Jemondre Dickens and Mokhele Moloisane, with both players nursing long-term injuries.

In the Bucs camp, a return is on the horizon for midfielder Vincent Pule, who made his last league appearance in October 2021. The 30-year-old sustained a thigh injury while on national duty, but is now nearing full fitness.

Kwame Peprah (Orlando Pirates): Bucs fans will have been pleased to witness his workmanlike performance against Simba over the weekend, where he provided the goal that sent the tie to penalties. The striker’s imposing presence and deceptive pace will again be crucial for the hosts’ cause against Chippa.

Bienvenu Eva Nga (Chippa United): The Pirates defence will have their work cut out for them in having to contain the Cameroonian marksman, who has hit his stride in the latter half of the season after an indifferent start. Eva Nga has 10 goals to his name in the ongoing campaign, all coming in his last 12 appearances.

History is heavily-stacked in the hosts’ favour, as they enjoy a long winning streak against their next opponents.

The Buccaneers have won each of their last 10 league games against the Chilli Boys - scoring 24 goals and conceding just seven in the process - with their last defeat dating back to May 2016.

Chippa will be going into the fixture in search of only their second win at Orlando Stadium, having not triumphed at the venue since their first visit there almost nine years to the day.

Overall, Pirates have defeated the men from the Easten Cape 14 times across competitions, only emerging on the losing side just three times.

How to Watch Orlando Pirates vs Chippa United

The game kicks off at 17:00 and will be broadcast live on SuperSport PSL. Live updates will also be provided across Orlando Pirates social media platforms.

Tickets to the fixture are available at Computicket outlets at R40. Please note that entry to the stadium will only be granted after showing proof of COVID-19 vaccination or a negative test no older than 72 hours accompanied by a valid South African ID or a passport.