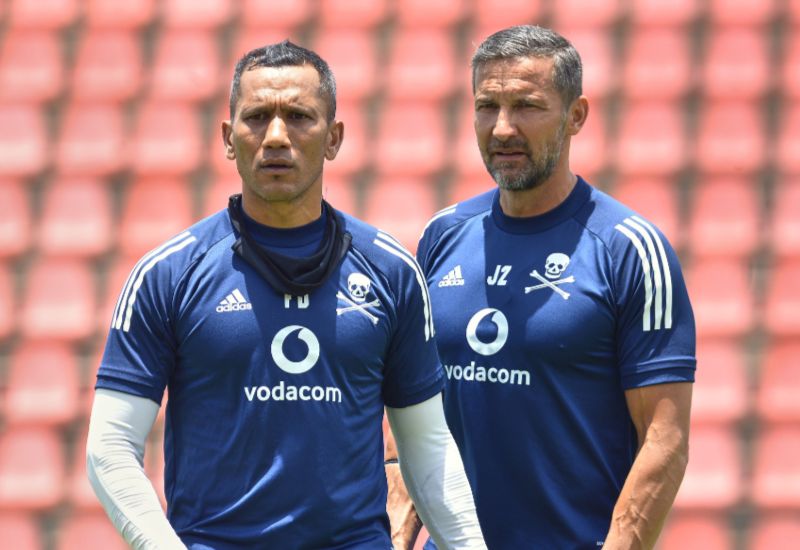 Following mixed fortunes on their Thohoyandou voyage, Orlando Pirates are back home for their next fixture - home clash against Golden Arrows at Orlando Stadium on Wednesday at 17:00.

The Buccaneers' week-long stay in Limpopo began well, but ended in disappointing fashion after a shock defeat to Black Leopards on Sunday.

They will look to dust themselves up and gun for victory against Abafana Bes'thende, who go into the encounter on the back of two consecutive victories.

The KwaZulu-Natal based outfit leapfrogged the Soweto Giants in the DStv Premiership standings over the weekend, taking up a spot in fourth place after defeating Tshakhuma Tsha Madzivhandila 1-0 at Sugar Ray Xulu Stadium. The result followed an identical outcome in their previous outing against Chippa.

Against a Pirates side licking their wounds, the aim will be to clinch a third consecutive three-point haul.

However, the hosts will be eager to put on a much better performance, as they look to return to winning ways in what will be another busy week.

Pirates have a fairly successful record against Arrows, with 17 victories posted in their last 30 league meetings.

The men from Durban, on the other hand, boast five victories during this period.

The last time Abafana Besthende recorded a victory over the Buccaneers was back in 2017, when they came back from a goal down to post a 2-1 win in Durban.

Nduduzo Sibiya: Currently enjoying a fruitful season is the 25-year-old winger, who has proven capable of finding the net from almost anywhere inside the opposition's half. Having appeared just six times for Mandla Ncikazi's side in the campaign, Sibiya has already found the net four times, producing two assists in the process.