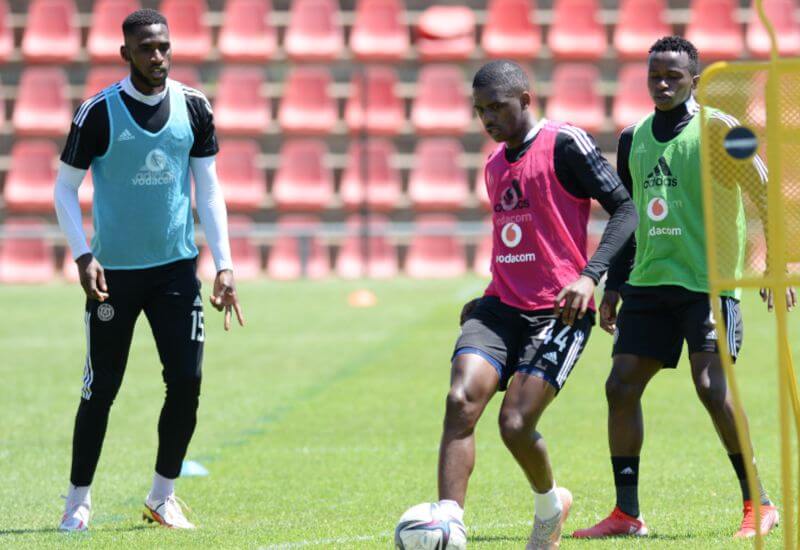 The DStv Premiership resumes this weekend with Orlando Pirates taking a trip to KwaMashu in KwaZulu-Natal where they will meet Lamontville Golden Arrows at Princess Magogo Stadium on Saturday.

With both sides hovering around mid-table and a third of the league campaign concluded, consistent performances will be high on the agenda at each camp going into this fixture.

The hosts will have welcomed the recent international break, following a string of poor results that dropped them down to 10th in the standings. This has been far from the heights they scaled when they emerged as one of last season’s surprise packages.

In their last four league outings, Arrows have not been able to register a victory, losing twice and drawing as many matches while finding the net only three times.

On the other hand, the Buccaneers have fared slightly better over the same period, grabbing five log points to slot into seventh place.

The focus on Saturday will be to add a fourth league win of the season, which could take them as high as fifth place, as they look to close the gap between themselves and the log leaders with the halfway stage of the campaign approaching.

Winger Deon Hotto has returned to the Pirates camp, following his involvement in the FIFA World Cup Qualifiers with Namibia.

On the injury front, several Buccaneers are nearing a return to action after lengthy spells on the sidelines, with defender Innocent Maela and striker Zakhele Lepasa among those inching closer to featuring for the first time this season.

Meanwhile, Arrows coach Lehlohonolo Seema has confirmed to the media that his squad boasts a largely clean bill of health going into the fixture.

Abafana Besthende have also welcomed two internationals, Thabani Zuke and Pule Mmodi, who were both part of the Bafana squad that played Zimbabwe and Ghana in the World Cup Qualifiers.

Paseka Mako (Orlando Pirates): After missing out of a few games at the start of the season through injury, Mako has lost none of his spark and will be crucial again on Saturday. With Arrows known to employ their quick counters, the Bucs left-back will be called upon on defence, while he’ll also no doubt be a key feature on attack.

Nkosinathi Sibisi (Golden Arrows): The 26-year-old centre-back will be looking to help Arrows to a third consecutive clean sheet, having been a solid presence in their defence. The ever-improving Sibisi has also added another dimension to his game, scoring in each of the last two games where the Durban side managed to find the net and also providing an assist.

Arrows were the victorious side in the last game between these two sides, as they stunned Pirates with a 2-0 win.

That was however Abafana Besthende’s first league win in this fixture in almost four years, with the Buccaneers enjoying a clear upper hand in matches between the two sides.

In away games against Arrows, Pirates have the better record during this period, with seven wins to the hosts’ five, with four ending in a stalemate.

How to Watch Orlando Pirates vs Golden Arrows

The game kicks off at 15:30 and will be broadcast live on Supersport PSL. Live updates will also be provided on Orlando Pirates’ social media.