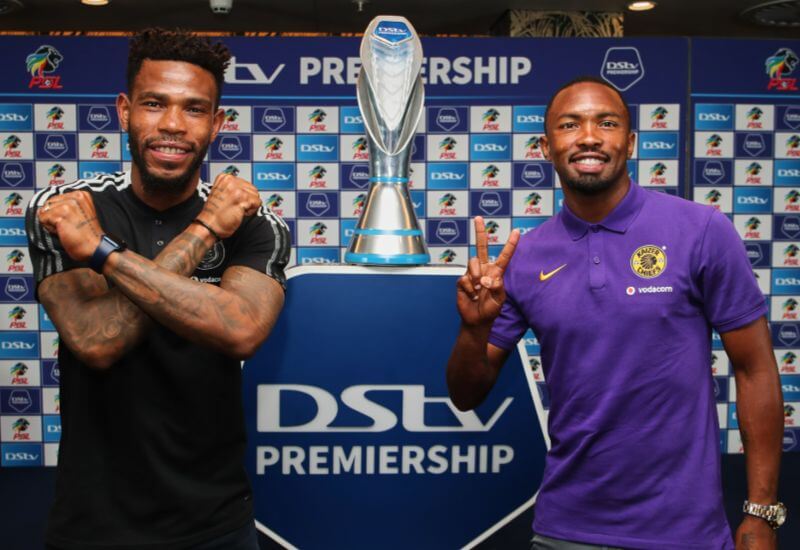 South Africa’s attention will be fixed at FNB Stadium on Saturday afternoon, with another edition of the Soweto Derby taking centre stage as Orlando Pirates visit Kaizer Chiefs at the famous venue.

The two Soweto Giants meet for the first time in a competitive fixture since March, and will be looking to claw their way up the standings ahead of the November international break.

Contrasting form greeted the two fierce rivals in midweek league action with the hosts’ two-match winning streak interrupted by a defeat to Stellenbosch FC, while the Buccaneers brought a four-game winless run to an end with a 2-1 win over Sekhukhune United.

At sixth and seventh place in the standings respectively, Pirates and Chiefs have so far both endured indifferent campaigns, with just three wins apiece after nine league fixtures.

However, as many who have followed the Soweto Derby know all too well, form hardly ever factors on the day, with both sides often coming out guns blazing come the big day.

Chiefs Coach Stuart Baxter revealed in the lead up to the game that experienced defender Sfiso Hlanti will be unavailable for the clash after picking up an injury in training.

He joins a lengthy injury list, with regular starters such as Lebogang Manyama, Leonardo Castro and Samir Nurković still nursing knocks they picked up in various stages of the season.

With an even longer list of players on the mend are the Buccaneers, who were left sweating over another player following their last outing, as defender Olisa Ndah had to be withdrawn during the second half due to injury concerns.

Across competitions, Pirates hold a slight upper hand in the last 10 editions of the Soweto Derby.

During this period, the Buccaneers have won five games to Amakhosi’s three.

A total of 27 goals have been scored in the last 10 derbies, with 16 of those netted by Pirates.

Linda Mntambo (Orlando Pirates): “Figo” continued his impressive form against Sekhukhune in midweek, providing the equaliser en route to yet another stellar performance. As one of the form players in the Buccaneers camp, skillful midfielder will again be expected to continue in the same vein in one of the biggest fixtures in the SA football calendar.

Keagan Dolly (Kaizer Chiefs): Much of Chiefs’ attacking impetus this season has come through the left wing, where the experienced Dolly has chipped in with six goal involvements in eight starts. The 28-year-old has hit the ground running in his debut season with Amakhosi, and will no doubt be eager to make his mark in his first Soweto Derby.

How to Watch the Soweto Derby

The game will be broadcast live on Supersport PSL, as well as SABC TV and Radio. Live updates will also be available across Orlando Pirates social media platforms. Kick-off is at 15:30.