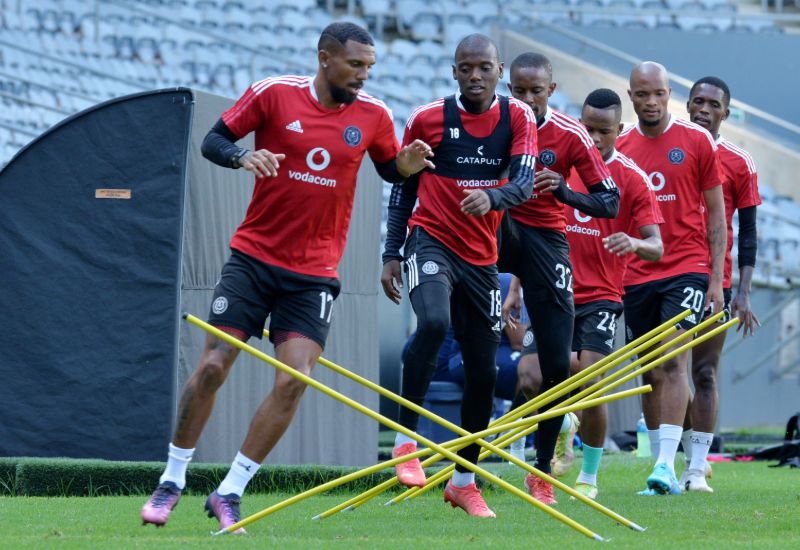 The biggest rivalry in South African football will once again draw the nation’s attention on Saturday, as Orlando Pirates host Kaizer Chiefs in a DStv Premiership encounter at Orlando Stadium.

At stake is a valuable three points which both sides will be gunning for in order to enhance their chances of returning to the CAF Champions League.

The two Soweto Giants are currently tied at 32 points, with the Buccaneers in fourth place in the standings, a spot below their rivals who edge them slightly in terms of goal difference.

The home side will be stepping onto the field just three days after a frantic home assignment against Cape Town City, which ended goalless on Wednesday.

It was the second consecutive league game where Pirates played to a 0-0 draw, and they will look to channel their cup form where goal-scoring fortunes have been starkly different, with 10 goals in their last three outings.

Overall, the Buccaneers have had a mixed bag of results across competitions, winning twice and losing once in their last five matches, while scoring 11 goals and conceding five.

Over a similar period, goals have been a little harder to come by for Chiefs, who scored three times and conceded twice in their last five.

Amakhosi have also registered two victories in this period, suffering as many defeats with just one game ending in a stalemate.

Pirates will be missing the services of midfielder Goodman Mosele, who collected his fourth yellow card of the season during his Man of the Match performance in midweek. This rules him out of contention for a spot in the match day squad on Saturday, as he will be serving a one-match suspension.

The Buccaneers also have a fresh injury concern in the form of attacking midfielder Thembinkosi Lorch, who missed the game against City after suffering a muscle strain in training. The 28-year-old is a doubtful starter for the Derby as he awaits clearance from the medical team.

Meanwhile, suspension in the Chiefs camp means they will also be without a key player of their own in the form of Serbian striker Samir Nurković, who also serves a one-match ban having been cautioned four times this season.

Coach Stuart Baxter has also confirmed that S’fiso Hlanti is set to miss the clash as he remains sidelined by injury, along with midfielder Cole Alexander.

Bandile Shandu (Orlando Pirates): Mostly utilised at right back since arriving at Pirates, the 27-year-old has been one of the biggest revelations this season, providing solidity at the back as well as an extra dimension on attack. Shandu has showcased an eye for goal in his maiden campaign as a Buccaneer, chipping in with a more than useful six strikes across competitions.

Keagan Dolly (Kaizer Chiefs): With a successful Soweto Derby debut already under his belt, the experienced Chiefs winger will be looking to replicate his heroics and spoil the party for the Buccaneers. In his first season at the Naturena-based outfit, Dolly has been involved in nine goals and will relish the opportunity to add to his tally at Orlando Stadium.

A win for Pirates on Saturday will not only hand them a vital three points, but will also help them wrestle the Soweto Derby bragging rights from Chiefs, who walked off as 2-1 victors on their home turf in the reverse fixture.

The Buccaneers will however draw confidence from a perfect record since the Derby recently returned to Orlando Stadium after a long absence, having registered two home wins in as many encounters where they have netted five goals, with their rivals only managing one.

In the last 10 competitive instalments of the Soweto Derby, it is Pirates who hold a slight upper hand with five wins to Chiefs’ four.

How to Watch Orlando Pirates vs Kaizer Chiefs

The much anticipated clash kicks off at 15:30 and will be televised live on SuperSport PSL and SABC 1. Orlando Pirates will also provide live updates across the Club’s social media platforms.