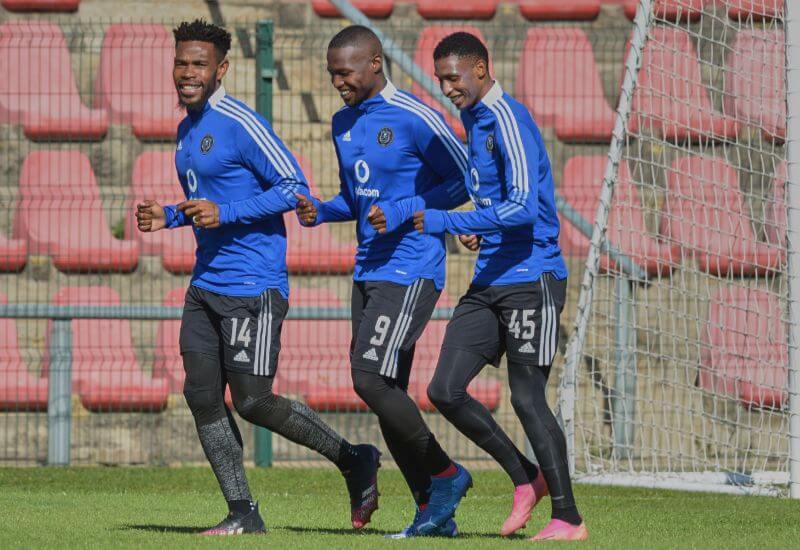 The iconic Orlando Stadium will serve as the backdrop for the weekend’s most anticipated clash, as Orlando Pirates play hosts to defending champions Mamelodi Sundowns in the DStv Premiership on Saturday.

More than just pride will be on the line as two of the league’s four unbeaten teams lock horns in a fixture each side will be desperate to win.

Two points separate the two rivals in the standings, with the visitors perched at the top of the table after only dropping points once in their campaign.

The Brazilians have conquered almost all comers in the league so far this season, overcoming all of AmaZulu, Kaizer Chiefs and TS Galaxy, while Chippa United provided the only resistance in holding them to a goalless draw in Gqeberha.

The Buccaneers, on the other hand, had no such troubles on their trip to the Windy City, where they registered a 3-1 win over the Chilli Boys to make it two wins in two.

This was after bagging their first win of the campaign against Soweto rivals Swallows FC.

Those two results have proven important to the cause despite a slow start, with the Soweto Giants now sitting among the early pace-setters in fourth place and looking to advance further up the table early in the season.

Sundowns have had to do without Lebohang Maboe so far this season, as the attacking midfielder continues to recover from a knee injury.

The 27-year-old is among the high-profile names yet to feature for the visitors, along with the likes of Sibusiso Vilakazi. However, squad depth has never been an issue for the Tshwane outfit, with many players putting their hands up in recent weeks.

In the Buccaneers camp, goalkeeper Richard Ofori is the main injury concern and is likely to miss another game after suffering a knock during the September FIFA break.

Siyabonga Mpontshane has fared well in the absence of the Ghanaian shot-stopper, while the experienced Wayne Sandilands is among the more-than-capable options between the posts.

Tshegofatso Mabasa: A fit Tshegofatso Mabasa has proven to be a dangerous prospect for the opposition, and the Buccaneers’ last two opponents can attest. An old-school goal poacher, the striker will hope to continue his fine goal-scoring form on Saturday.

Mosa Lebusa: While Sundowns’ attacking prowess have attracted all the plaudits, the club’s defensive work has almost gone unnoticed. One of the key figures at the back for the Brazilians is Mosa Lebusa, who returned to the starting XI with a fine defensive display in their last outing to ensure that  his side go four league games without conceding.

The highly-anticipated fixture will be broadcast live on Supersport PSL (202) and SABC 1, and you can also follow live updates via Orlando Pirates’ social media platforms.