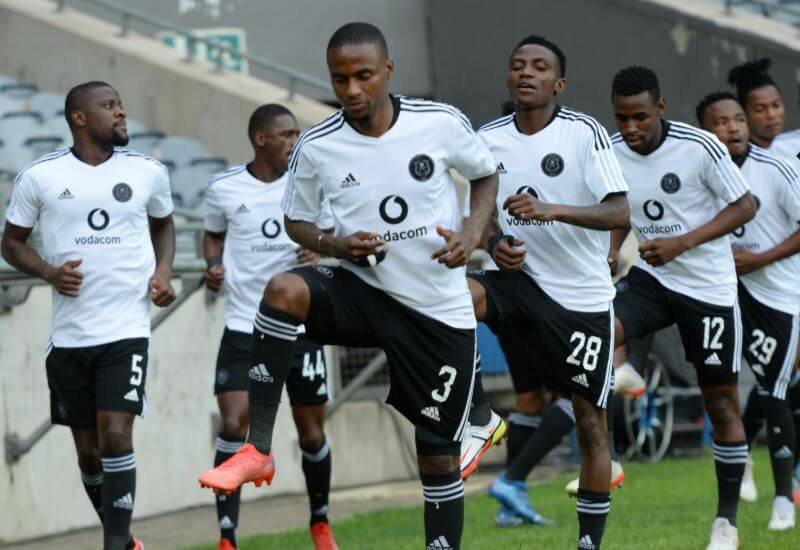 In what is a busy period in the league, the two sides will each be contesting their third fixture in the space of seven days, with two more games awaiting them before the festive season break.

Focus for either side will be firmly on three points, with the Buccaneers looking to close the gap on the hosts, whose aim will be pulling even further ahead of the opposition.

The Brazilians currently sit pretty at the top of the standings with 15 points separating them from second-placed Kaizer Chiefs.

They cemented their advantage with a hard-fought 2-1 win over Baroka in midweek to stretch their unbeaten start to the league campaign to 16 games.

In their last five matches, Sundowns have only dropped two points and currently enjoy a three-match winning streak.

Meanwhile, Pirates are on an unbeaten run of their own, last tasting defeat in the first week of November.

Since then, they have collected 10 points in their last six league games, and will want to turn more of their good performances into victories, having played to four draws during this period.

With fixtures coming in thick and fast, Pirates Coach Mandla Ncikazi has hinted at a few changes to the match day XI on Friday.

Midfielder Goodman Mosele - who got a few minutes under his belt on Tuesday night after a spell on the sidelines - could have a bigger role to play against Sundowns, along with striker Gabadinho Mhango, who made his first league appearance since August in midweek.

Sundowns, on the other hand, will be sweating on the availability of striker Peter Shalulile, who lasted just 25 minutes against Baroka. At the same time, they will have to do without the suspended Kermit Erasmus, who picked up a red card in the same fixture.

Thembinkosi Lorch (Orlando Pirates): Big occasions call for big players, and the Bucs faithful will be delighted to have the attacking midfielder back fit in time for this important clash. Having only returned to action earlier in the month, Lorch has shown that he has lost none of his creativity, which will be essential to Pirates’ cause if they are to break down Sundowns’ stubborn defence.

Denis Onyango (Mamelodi Sundowns): Key to Pirates’ chances on Friday will be whether they can breach the veteran goalkeeper’s defences. Onyango has been the standout shot-stopper in the league this season, with a remarkable eight league clean sheets under his belt.

Each side has had its period of dominance in this particular fixture and, currently, it is Sundowns who enjoy the upper hand as far as recent results are concerned.

The defending league champions have won in each of their last three league encounters against Pirates, and all these victories have come in 2021.

Prior to this year, the Buccaneers had enjoyed a run of five unbeaten games in this fixture, which began with a 3-1 victory at the same venue they will be treading on on Friday night.

Overall, the two sides have met 51 times in the PSL era, with Pirates slightly behind in the victories column with 14 wins to Sundowns’ 22, while 15 matches have ended in a draw.

How to Watch Orlando Pirates vs Mamelodi Sundowns

The game kicks off at 19:30 and will be broadcast live on the SuperSport PSL channel (202), while you can also catch live updates across Orlando Pirates’ social media platforms.