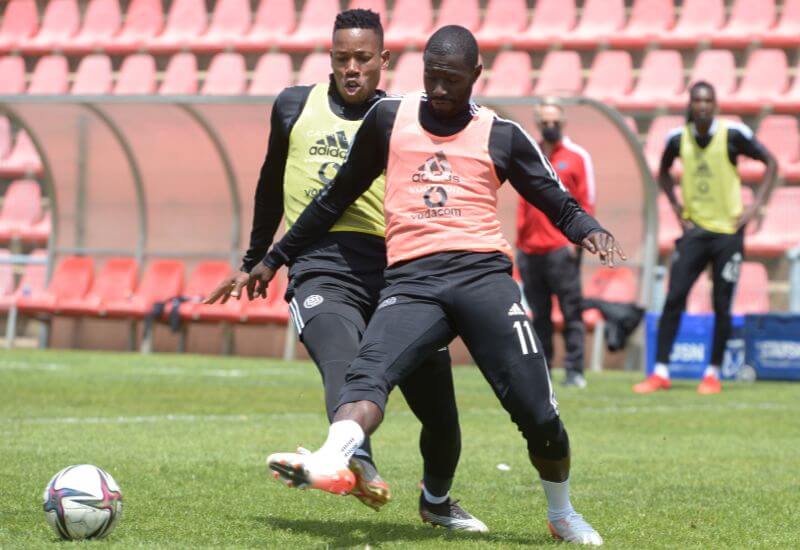 A tricky assignment awaits Orlando Pirates on their return to league football, as they travel down to Harry Gwala Stadium for a clash against Maritzburg United on Wednesday afternoon.

The fixtures are coming in thick and fast for the Buccaneers, who have to jump into another challenge shortly after venturing out into the continent.

Both teams will be looking to snap out of inconsistent streaks after neither managed to secure victory in their last two league outings.

This period has for the hosts been a particularly bleak one, with back-to-back 2-1 defeats against SuperSport United and Royal AM, respectively.

They have now lost four in the league this season, winning just twice to slot in at 11th place in the standings.

On the other hand, the Buccaneers have fared better under the “lost” column, with a solitary defeat so far in their six fixtures.

However, they have returned with a single point in their last two and will be eager to regain winning form.

Currently, the Soweto Giants sit in sixth pace and a win on Wednesday could propel them as high as fourth place.

The likes of Deon Hotto, Ntsako Neverdie Makhubela and Goodman Mosele were all unused during Pirates’ recent trip to Congo-Brazzaville, and could all be back in the reckoning against Maritzburg.

In the opposite camp, the Team of Choice are likely to continue without one of their key players in Jose Ali Meza, who has been side-lined since the start of the season.

Abel Mabaso: After battling injury for much of last season, Abel Mabaso has been a revelation in a relatively new role for Orlando Pirates. Now operating in the centre of the midfield, the 30-year-old has been a consistent performer, and will be once again key in handing the Buccaneer impetus from the middle of the park.

Bongokuhle Hlongwane: The highly-rated 21-year-old has emerged as an even more important player for Maritzburg, following some key departures during the offseason. Regarded as one of the country’s bright young talents, Hlongwane is as comfortable out wide on attack as he is leading the line, and has shown a knack of producing on big occasions for both club and country.

Pirates should draw a fair bit of confidence from their record against Maritzburg, having not suffered a league defeat in almost five years.

The Buccaneers will look to extend their winning streak in this fixture to four games on Wednesday, and have not conceded in the last six league meetings between these two sides.

They boast 11 victories over the Team of Choice in the past decade, with only four results going the other way.

These two sides have played to six stalemates during this period.

How to Watch Maritzburg United vs Orlando Pirates

You can catch the game live on SuperSport PSL (202) or follow live updates on Orlando Pirates’ social media platforms.