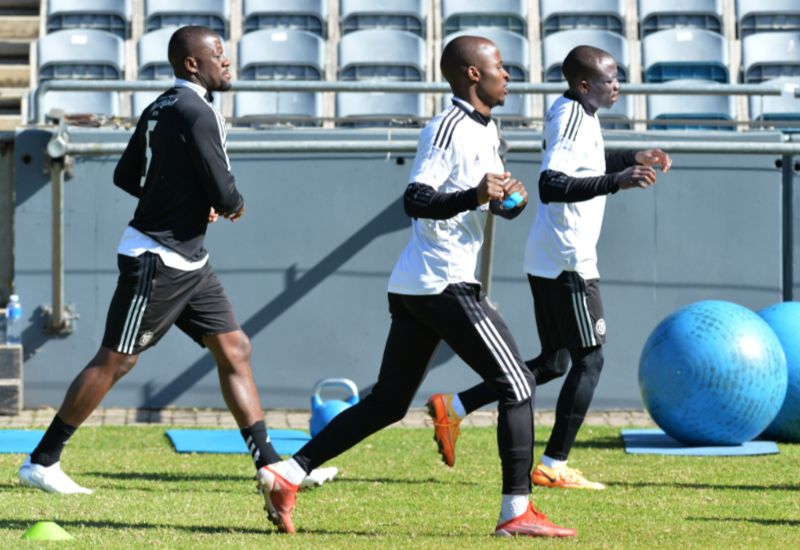 Orlando Pirates kick off a grueling week of league football with a DStv Premiership fixture at home to Maritzburg United on Tuesday night. The game, hosted at Orlando Stadium, will be the first of three involving the Soweto Giants, who return from a lengthy CAF Confederation Cup run.

There will be little time to dwell on the disappointment of falling agonisingly short in continental football, as the Buccaneers now have the task of propping themselves up from seventh place in the league with three games remaining.

As one of a handful of teams currently in a frantic scramble to qualify for CAF competition next season, the mission will be to collect all nine available points in the left over fixtures.

It will require a turnaround of fortunes of some sorts, following less-than-satisfactory results in the domestic league in recent weeks.

Pirates head into the clash having not scored in their last three league outings, with just two points collected courtesy of two goalless draws and a shock defeat to TS Galaxy in their most recent DStv Premiership fixture.

Since then, they have registered a victory and a defeat in the two-legged Confed Cup semis, as well as the 1-1 draw which ultimately led to the penalty shootout loss in the final of the competition.

Their opponents on Tuesday will do all they can to take a step towards finishing as high up on the table as possible, having managed to completely escape the possibility of relegation.

Maritzburg banished Baroka to the Championship with a 1-0 victory over the weekend, making it four games since their last result - a run of form that has placed them up to 12th place with the possibility of finishing just outside top-eight.

Away form remains a worry however for the KwaZulu-Natal based outfit, who last tasted victory on the road back in September last year.

Goodman Mosele (Orlando Pirates): The young midfielder has had an impressive start to life as a Buccaneer, culminating in another national call-up. Mosele will again be expected to make things tick in the engine room, where he has proven to be equally potent both on defence and attack, also chipping in with some vital goals throughout the campaign.

Keegan Ritchie (Maritzburg United): The Pirates defence’s aerial ability will be tested by the vastly experienced Ritchie, who heads to Orlando Stadium with his tail up after a Man-of-the-Match performance on Saturday. The 31-year-old has played a vital role in the Team of Choice’s late surge, posing a potent threat through his long passes in open play and in dead-ball situations.

Pirates’ last encounter with Maritzburg took place in October last year, ending in a goalless draw at Harry Gwala Stadium. This brought to an end a three-match winning streak enjoyed by the Buccaneers against the Team of Choice.

The Soweto Giants, however, still enjoy a lengthy unbeaten run over the men from KZN, with no defeats in all competitions since December 2016.

Since last falling on the losing side in this fixture, the Buccaneers have won seven and drawn three, finding the net 12 times and only conceding twice.

How to Watch Orlando Pirates vs Maritzburg United

The game kicks off at 19:30 and will be broadcast live on SuperSport PSL. Live updates will also be provided across all Orlando Pirates social media platforms.

A limited number of tickets are available for the match, and can be purchased across Computicket outlets.

Those who wish to attend should note that admission to the match day venue will only be granted after producing a valid South African ID or passport, as well as proof of COVID-19 vaccination or a negative test no older than 72 hours.

Bucs Kept at Bay by Usuthu