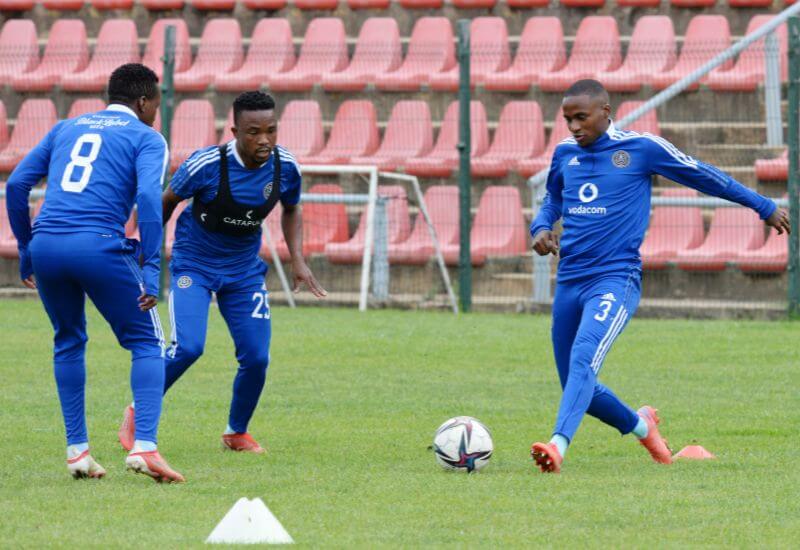 Orlando Pirates return home for their next game, a rare Monday night fixture against Marumo Gallants at Orlando Stadium.

Just two games remain for the Buccaneers before they close out the year, and they will be looking to collect all six available points, beginning with three against the Limpopo outfit.

Top of the agenda will be putting aside their most recent result, a convincing defeat away to log leaders Mamelodi Sundowns at Loftus on Friday.

The loss brought to an end a six-match unbeaten run, where the Soweto Giants had managed to climb as high as second place before finding themselves in third on the standings.

For their opponents, the 2021/22 league campaign has been a stuttering affair, as they find themselves in 11th place after collecting four wins in their 16 games so far.

They come off a defeat of their own after falling to a 1-0 loss against AmaZulu at Peter Mokaba Stadium on Friday.

Much like their hosts, Gallants’ most recent result ended a fruitful spell, where they had managed to go seven games unbeaten in the league.

Pirates will however have to be wary of their visitors, who have performed better on the road than at home, with three of their four wins coming when travelling.

The Buccaneers will be without one of their most influential figures in Olisa Ndah, who is suspended for the clash after collecting his fourth yellow card of the season.

Another possible absentee for Monday’s clash is midfielder Collins Makgaka, who has been injured since picking up a knock during his side’s home win over TS Galaxy.

For Gallants, experienced midfielder Mpho Mvelase could return to the starting lineup after close to a month on the sidelines, having been included on the bench against AmaZulu in midweek.

Bandile Shandu (Orlando Pirates): Two of Orlando Pirates’ last four goals have come through the boot of the Bucs fullback, who's attacking prowess have come to the fore in recent weeks. Shandu has two goals in his last three appearances, and plays a pivotal role on for the Club on defence.

Washington Arubi (Marumo Gallants): Keen to limit whatever damage Pirates set out to cause on Monday will be the Zimbabwean international, who has been a solid presence between the posts for Gallants. Arubi is among the leaders under the “clean sheets” column, having kept seven teams from breaching his defences this season.

It’s only the fourth meeting between the two sides, and the Buccaneers will seek to channel their performance from their first ever encounter with the Limpopo-based outfit.

On that occasion, Pirates slotted in three unanswered goals, with Deon Hotto, Gabadinho Mhango and Fortune Makaringe all finding the net.

This remains their only clash that has produced goals, with the next two both ending in a goalless stalemate.

How to Watch Orlando Pirates vs Marumo Gallants

The game, which kicks off at 17:30, will be broadcast live on SuperSport PSL (202), while you can also follow it through live updates across Orlando Pirates’ social media platforms.