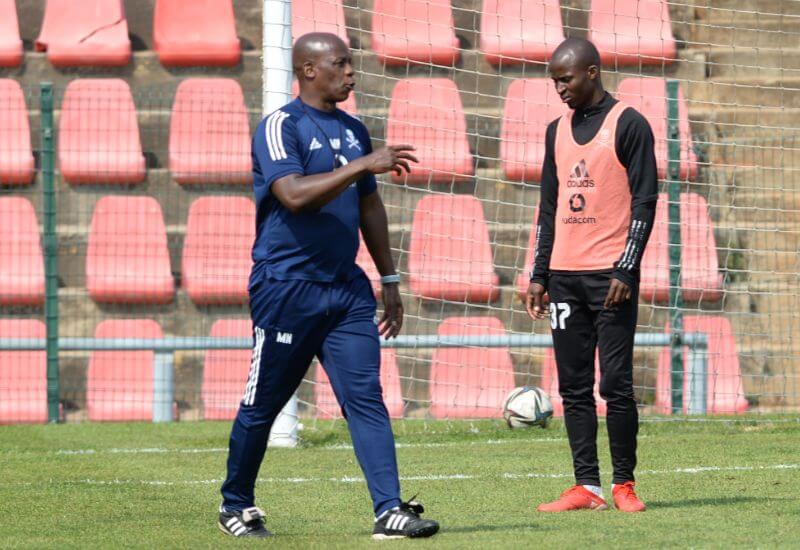 Orlando Pirates are on the road for the first time this season, as they travel to Polokwane to meet with Marumo Gallants at Peter Mokaba Stadium on Tuesday.

The visitors come into this DStv Premiership encounter looking for maximum points and to improve on the result from the opening match of the season which saw them register a 2-all draw with Stellenbosch FC this past weekend.

Meanwhile, in Marumo Gallants, the Buccaneers face a side reeling from a 2-0 loss in their opening match at the hands of Limpopo rivals, Baroka FC.

The last time these two sides met, the match ended in a goalless stalemate – a result neither side will be satisfied with coming into this clash.

With a valuable three points on offer, both sides are expected to come out firing. And for Head Coach of Gallants, Sebastien Migne, he will be looking towards a better showing in front of goal.

Speaking after the match against Baroka, Migne said: “We can have the possession, we can have the ball but, in the end, we need to score. So, for us, the next target is to find a good option for a striker. We are waiting for some of them (new players), maybe we can get them for our next match, but we will see.”

It remains to be seen whether Gallants will be able to register these new players that Migne is referring to in time for the match. However, if not, the French mentor will most likely give Maboke Matlakala his second start of the season. The 32-year-old, who is somewhat a journeyman in soccer terms, played the opening 45 minutes before being replaced at the break by former Platinum Stars winger Katlego Otladisa.

Orlando Pirates will be without the services of defender Ntsikelelo Nyauza who was sent off in the match against Stellies. However, the technical team has enough options in the squad available to them with the likes of Thabiso Sesane and Sandile Mthethwa both available for selection.

As for the home side, it was initially expected that captain Lehlohonolo Nonyane would be an injury doubt for this clash after being stretchered off in the 38th minute in the match against Baroka FC but Gallants, have since confirmed that the injury to the influential captain is not serious. “Nonyane’s injury reported not to be very serious. He was tackled on the throat,” read the report.

This will be the third ever encounter between these sides and for Orlando Pirates they will hope to repeat the performances of this corresponding fixture last season. In that match, the Buccaneers stormed to a 3-0 victory courtesy of goals from Deon Hotto, Gabadinho Mhango and Fortune Makaringe.

Kabelo Dlamini (Pirates) – Following a series of impressive performances in preseason, including getting on the scoresheet in the MTN8 against Moroka Swallows, the 25-year-old attacker will be one of the main men tasked with unlocking the Marumo defence.

Ndabayithethwa Ndlondlo (Gallants) – They say dynamite comes in small packages and Ndlondlo fits that mould perfectly. The diminutive midfielder is the key man who is the creative spark in the Gallants setup. Pirates defenders cannot afford to give him too much space in and around the box or he will punish you, as he did in the final of the Nedbank Cup last season against Chippa United.