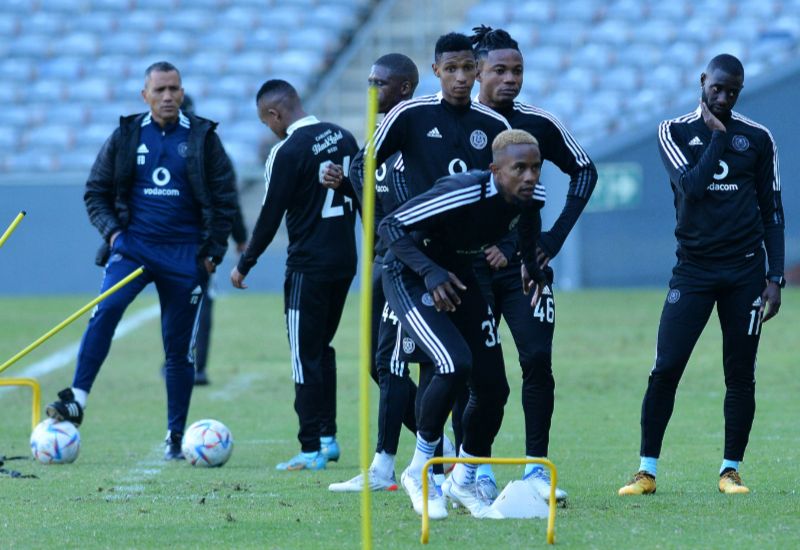 Fixtures come in thick and fast for Orlando Pirates, who have another weekday assignment as they travel to Chatsworth Stadium for a Friday night clash against Royal AM.

While most sides in the top flight have concluded their respective league campaigns, a lot remains at stake for these two sides with spots in African club competition still up for grabs.

The Buccaneers made a vital stride towards clinching a spot in CAF competition for the fifth season running, beating Maritzburg United 4-1 at home earlier in the week.

In the process, they brought to an end a winless run that had stretched to three league games, also breaking their goal drought in emphatic fashion.

Pirates have collected eight points in their last five league matches, climbing up to sixth in the standings, with the potential of finishing in second place should they grab all six points available to them in the remainder of their campaign.

A spot in the Champions League is also within reach for Thwihli Thwahla, who have to beat the Soweto Giants in what is their final league fixture to cap off what has been a remarkable season for the rookies.

However, this would require a sharp turnaround in fortunes after disappointing results in recent weeks, where they have failed to win in each of their last five games, collecting a mere three points through stalemates.

As is the case with Pirates, Royal AM will be running onto the field for the second time in the week, following a 3-2 defeat against champions Mamelodi Sundowns on Monday night.

Both teams head into the fixture with near full-strength squads to call upon, with neither missing players through suspension.

However, each side has had notable absentees over the past few weeks, with Paseka Mako sidelined since April for the Buccaneers, while Thwihli Thwahla have been missing the services of central defender Wandile Mabuza, who picked up an injury earlier in the month.

Thembinkosi Lorch (Orlando Pirates): While Lorch’s quality has never been in doubt, it has been at its most evident over the past week, where he has churned out back-to-back Man-of the Match performances for the Buccaneers, justifying his recent national call-up. The 28-year-old is fresh off a remarkable showing from earlier in the week, where he had a hand in all four goals scored by his side in the emphatic win over Maritzburg.

Victor Letsoalo (Royal AM): The 29-year-old attacker has been central to Royal AM’s remarkable run in the league, providing over a third of their goals scored this season. Letsoalo has mainly operated as a centre-forward, but is versatile enough to take up any position in the front three, and his side’s fluidity on attack has allowed him more opportunities to pose a formidable threat to the opposition.

Orlando Pirates and Royal AM have had one prior meeting, and it took place at Orlando Stadium in October last year.

The hosts on the day had to claw their way back after falling behind through a 32nd minute goal from Levy Mashiane, with Linda Mntambo providing a timely equaliser on the stroke of halftime with a stunner of a goal.

The two first-half goals were all that would be celebrated throughout the 90 minutes as the two sides settled for a share of the spoils.

How to Watch Orlando Pirates vs Royal AM

The game is scheduled to kick off at 19:30, and will be broadcast live on SuperSport PSL. Live updates will be provided across Orlando Pirates social media platforms.

Tickets can be purchased through all Computicket outlets across the country, and those who wish to attend are expected to produce a valid South African ID or a passport at the venue, as well as proof of COVID-19 vaccination or a negative test taken within the last 72 hours.