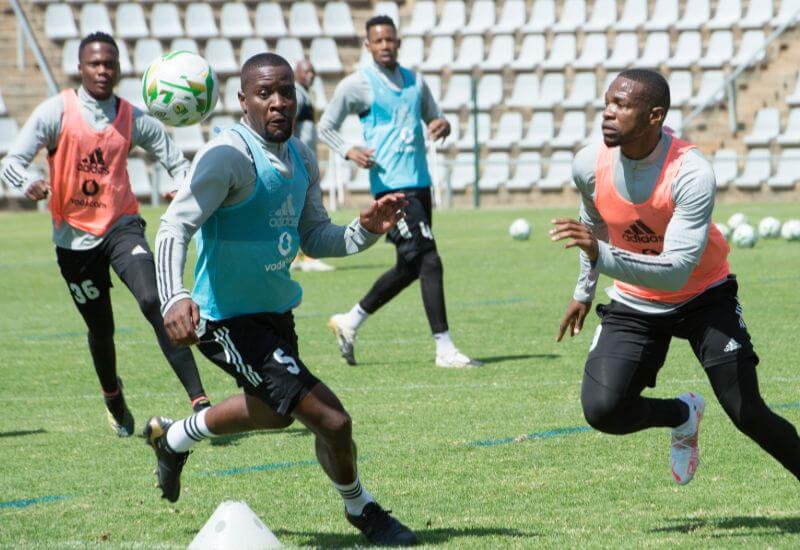 Only a handful of fixtures remain in the 2020/21 DStv Premiership campaign, and the next stop for Orlando Pirates is Danie Craven Stadium, where Stellenbosch FC lie in wait.

The two sides lock horns on Tuesday at 15:00 in what is a clash between teams on opposite halves of the league table.

On paper, the hosts could be viewed as the more desperate of the two sides, with no wins in their last eight outings.

The last time Stellies celebrated victory was through a 3-1 win away to Baroka, back in March.

They have since lost three and drawn five, with two of those defeats occurring on home soil.

In their second season in the top flight, the Cape outfit currently sits in 12th place, and a top-eight finish will be top of their agenda.

For the Buccaneers, the fixture presents a chance to re-enter the top three as they pursue a strong finish to their campaign.

After a string of less than ideal results, the Soweto Giants returned to winning ways emphatically with a 3-0 win at home to Black Leopards, and will look to build up a head of steam at this crucial stage of the season.

Having navigated their last assignment without two first-team regulars in Ntsikelelo Nyauza and Fortune Makaringe, the Buccaneers will welcome the duo back on Tuesday.

Both players have served a one-match suspension after each had accumulated four yellow cards.

Likewise, Stellenbosch will also be able to draw from their full complement of fit players for the encounter.