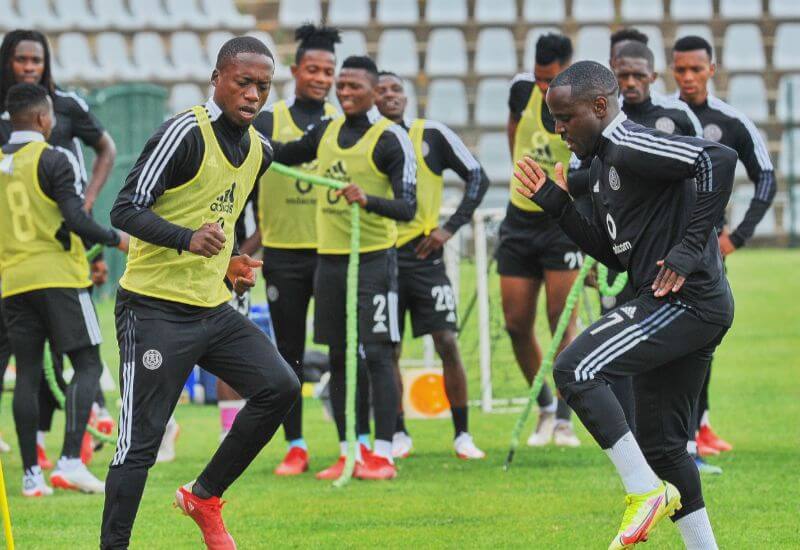 Midweek action beckons for Orlando Pirates, who jet off to the Western Cape for a DSTV Premiership fixture against Stellenbosch FC at Danie Craven Stadium on Wednesday.

They remain on the road following a visit to KwaZulu-Natal, where they played to a goalless draw against Golden Arrows at Princess Magogo Stadium.

The point collected from the stalemate did not affect the Buccaneers’ place in the log standings, as they remained in seventh place after 11 games played.

It has been a tough period in terms of results for the Soweto Giants, with just six points collected in their last five outings.

Their opponents are also fresh off a stalemate of their own after being held to a 2-2 draw at home by AmaZulu.

However, they have fared slightly better as far as results are concerned with two wins and three draws in their last five to maintain second place in the standings.

Each side will have to navigate Wednesday’s fixture without the services of a key member of the first team.

Pirates midfielder Abel Mabaso was yellow-carded in the first half against Arrows, in the process picking up his fourth caution of the league season, which resulted in a one-match suspension.

Meanwhile, his Stellenbosch counterpart Devon Titus will also sit out the match as he serves the first game of his two-match suspension after picking up two yellows at home to AmaZulu over the weekend.

Deon Hotto (Orlando Pirates): The Namibian international will have fond memories of playing against Stellenbosch, following his stunning free-kick that got Pirates’ campaign underway earlier in the season. Hotto’s pace and creativity will be key in stretching the Stellies defence to add to his threat from a dead-ball situation.

Ashley du Perez (Stellenbosch FC): The speedy forward has enjoyed a purple patch in recent weeks, finding the net a total of five times this season, with four of his goals coming in his last five starts.

The two sides have locked horns in five league games so far, and have bagged one win apiece.

Their last three encounters have been draws, with four goals scored in their last meeting, which took place at Orlando Stadium in the opening weekend of the 2021/22 league campaign.

A total of eight goals, shared evenly, have been scored in this fixture.

How to Watch Pirates vs Stellenbosch

The game will be broadcast live on SuperSport PSL. You can also follow live updates across Orlando Pirates’ social media platforms. Kick-off is at 17:30.