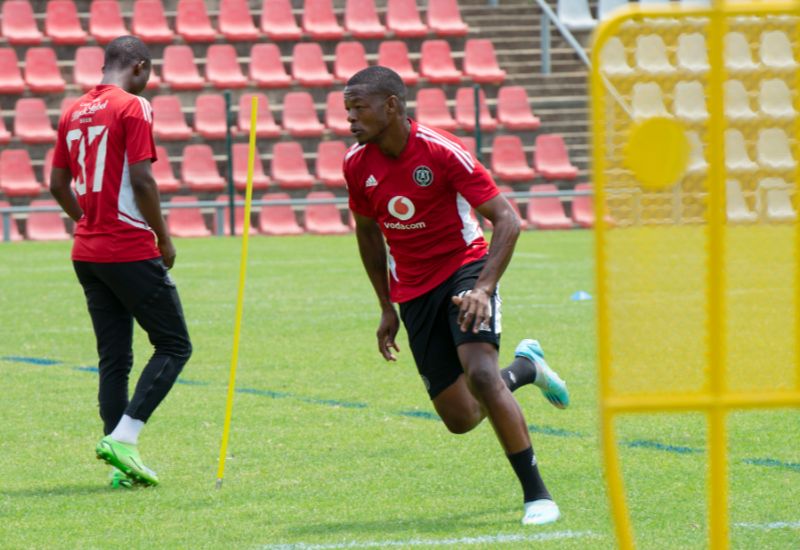 Orlando Pirates remain in familiar territory for their next DStv Premiership fixture, which is against Stellenbosch at Orlando Stadium on Sunday.

With the second half of the campaign now in full swing, the Buccaneers will aim to continue their ascent up the standings in their clash against a side languishing in the bottom half of the table.

A superb injury time performance earned the Soweto Giants their first points of the new year when they beat Golden Arrows 3-1 at home after the two teams looked to be heading to a one-all draw.

The result ended a streak of three league defeats, which had seen them drop down to eighth place in the standings.

Pirates have collected six points in their last five fixtures, and they will be out to make it two home wins in as many games in 2023 when they take to the field on Sunday.

For Stellenbosch, the wait to end a winless run still continues, with no victories recorded by the team since early October.

Having lost at home over the weekend, the men from the Cape Winelands have two points in their last five games and will be out to avoid going nine matches without a win by getting over the line at Orlando Stadium.

There were fresh injury concerns for Pirates emerging from the Arrows fixture, with Bandile Shandu and Miguel Timm withdrawn early in the contest as a precautionary measure.

Both players will be in a race against time to be fit for the game against Stellenbosch, while there has also been some positive news in that regard with Olisa Ndah back in training having not featured in the match day so far this year.

Stellenbosch also have some long-term injuries of their own, with Venezuelan midfielder Juan Carlos Ortiz expected to remain on the side-lines on Sunday along with the suspended Junior Mendieta.

Monnapule Saleng (Orlando Pirates): The attacker turned in another man of the match performance against Arrows, continuing his remarkable breakthrough season. Saleng’s pace, skill and eye for goal has been key since making a long-awaited Bucs debut in October, taking him to an impressive six goals in 11 matches across competitions.

Antonio van Wyk (Stellenbosch): In his first full season with the senior team, Antonio van Wyk is emerging as one to look out for in the future. Initially used as an impact player from the bench, the 20-year-old’s recent performances have made him a regular in the starting lineup, where he will be aiming to feature against the Buccaneers.

The two sides played to a one-all draw at Danie Craven Stadium back in August, with Nkosinathi Sibisi’s first-half goal cancelled out by Mendieta in the second half.

The stalemate was the fourth such result in what is a relatively young rivalry dating back to the 2019/20 season.

In the seven games played since Pirates first took on Stellenbosch in top flight football, it is the Buccaneers who hold a slight upper hand with two victories and one defeat as well as the biggest winning margin in the fixture, achieved when they ran off 3-0 victors away from home in November 2011.

How to Watch Orlando Pirates vs Stellenbosch

The game is scheduled for a 15:30 kick off on Sunday, and will be broadcast live on SuperSport PSL. Live updates will also be provided on Orlando Pirates’ social media.

Tickets are available online at TicketPro and selected retail outlets, as well as at the Orlando East Community Hall on match day four hours before
kick-off.