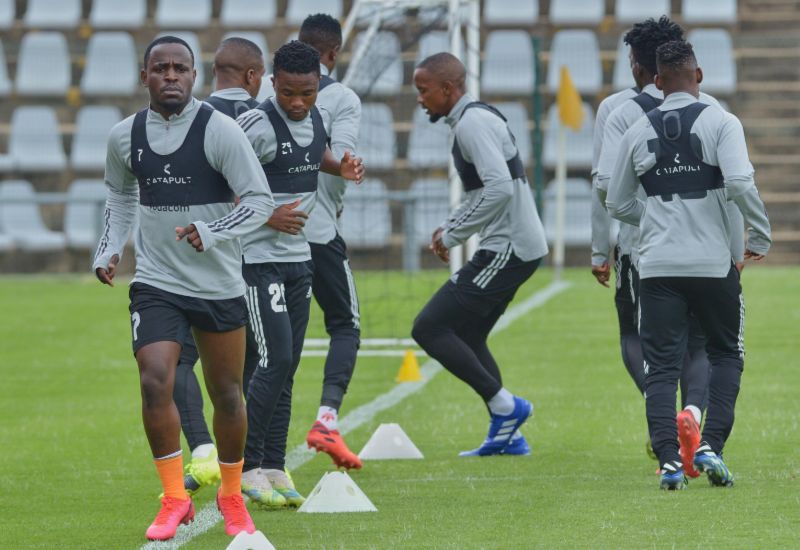 Orlando Pirates' continental commitments are momentarily halted, as they shift focus back to the DStv Premiership, where a formidable adversary in SuperSport United lies in wait.

The two Gauteng rivals square off at Lucas Moripe Stadium on Wednesday afternoon at 17:00.

It's a chance for the Buccaneers to resume their ascent up the league standings, where they currently sit in fifth place with just 13 fixtures remaining between now and the end of the season.

The Soweto Giants were victorious in their last league outing, beating Cape Town City at home in what was their second triumph in a run of four wins across all competitions.

The home side's last league victory also came against the men from the Mother City, just days before they had to share the spoils with Kaizer Chiefs.

United currently occupy second spot in the log after triumphing in nine of their 17 matches played to date.

Matches against Matsatantsa are never easy and the Buccaneers will be expecting another grueling test on Wednesday despite having beaten United in the corresponding fixture earlier this season.

In the last clash, Josef Zinnbauer's men had to come from behind to beat United 2-1.

Despite the Buccaneers' back to back victories over United, this fixture has been a tightly-fought affair, with the Sea Robbers only just edging the Tshwane outfit with three wins to two in their last five league clashes.

Bradley Grobler: SuperSport United's all-time leading goal-scorer is also the early pacesetter in a frantic race for the Lesley Manyathela Golden Boot, which he leads with 13 strikes so far in the campaign. After a run of three matches without finding the net, he was back on the scoresheet over the weekend, netting the equaliser from the penalty spot to secure a point for his club.

Sipho Mbule: Mbule has been at the heart of United’s midfield and is arguably one of the most in form players in the DStv Premiership. The 22-year old has been central in how the team plays and the Buccaneers will need to keep him quiet if they are to register a second consecutive victory of the season.