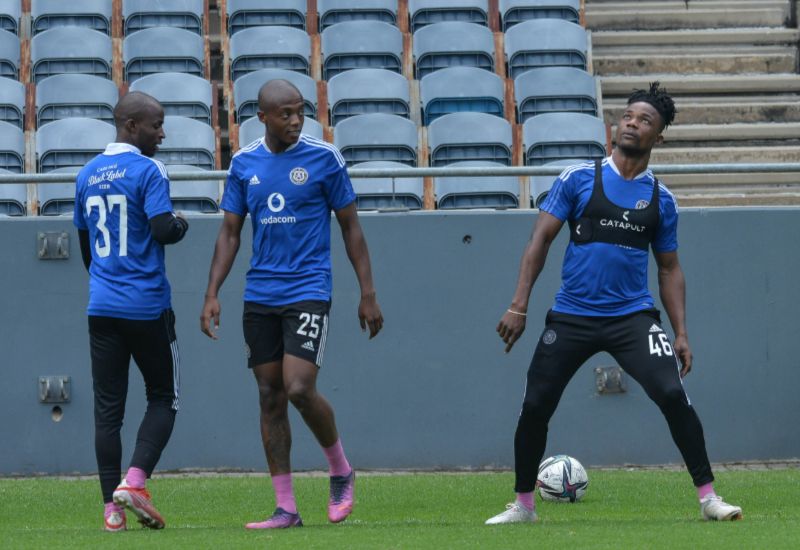 Orlando Pirates shift their focus back to the DStv Premiership, where they will be hosting SuperSport United at Orlando Stadium on Wednesday night.

The two sides meet for the first time in the ongoing season after the fixture was postponed earlier in the campaign due to the home side’s continental commitments.

Pirates have an opportunity to overturn their domestic form, following a three-game winless run in the league that has seen them drop to fourth in the standings.

Having suffered another disappointment in the Nedbank Cup, they have bounced back with a convincing CAF Confederation Cup victory against Royal Leopards over the weekend.

Three points will be high on the agenda as they take on the Tshwane-based outfit, who recently returned to winning ways after two straight league defeats, winning each of their last two matches.

United are currently seventh on the log, and a victory on Wednesday could draw them level on points with the Buccaneers.

Meanwhile, Club Captain Happy Jele could return to the starting lineup after making a second-half cameo in the Buccaneers’ previous fixture.

United, on the other hand, are likely to bring a couple of their stars back into the match day XI, after resting Luke Fleurs and Sipho Mbule over the weekend.

Matsatsansa will also be without a big name in the form of striker Bradley Grobler, who continues to recover from a long-term injury.

Goodman Mosele (Orlando Pirates): Still in his first season as a Buccaneer, the 22-year-old has been a consistent performer in the midfield and has maintained a regular spot in the starting lineup, despite the intense competition for places. Mosele contributed two assists in Sunday’s win against Leopards, justifying his recent national call-up.

Ghampani Lungu (SuperSport United): The versatile forward is an ever-present attacking threat, and will look to utilise his pace and vision to cause problems for the Bucs defence. Head-to-Head

There was nothing to choose between these two sides in their last encounter, which took place in February last year, ending in a one-all score line.

The five clashes prior to that have all produced a winner, with Pirates emerging victors on three occasions.

Home ground advantage has played a part in this fixture in recent years, with neither side managing to score an away win since 2015.

How to Watch Orlando Pirates vs SuperSport United

The game kicks off at 19:30 and will be broadcast live on SuperSport PSL (Channel 202). You can also catch up with the live action by keeping an eye on updates that will be provided across Orlando Pirates social media platforms.