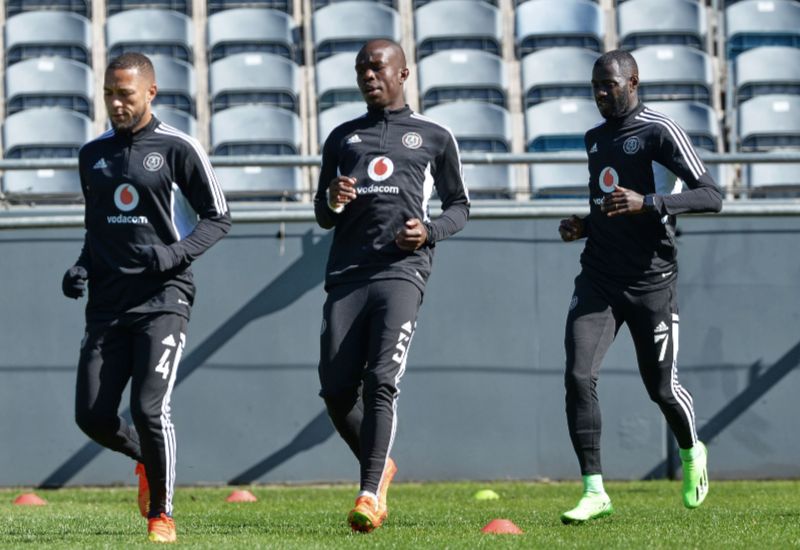 The long wait for competitive football comes to an end this coming weekend as Orlando Pirates kick off the 2022/23 season with an Original Soweto Derby clash against old rivals Swallows at Orlando Stadium on Saturday.

This fierce rivalry has experienced a revival in recent years, dishing out some tight encounters in the last two seasons, and fans of the respective outfits will be expecting no different at the iconic venue this weekend.

A perfect start to the season will be of great importance to both camps after each endured a disappointing campaign, albeit to a differing degree, last time out.

A lifeline brought on by acing the promotion playoffs meant that they hung on to their place in the top flight, and will be eager to prove they belong by giving a much improved showing in the upcoming campaign.

The Birds will want to make a statement against their oldest rivals, who were much higher up in the standings, but missed out on qualification for continental competition for the first time in five years.

The Buccaneers fell on the last hurdle in the CAF Confederation Cup, with early exits in domestic cup competitions.

This season provides a clean slate for Pirates, who have shuffled things around in both playing and technical personnel in the hopes of fighting for top honours across all competitions.

It has been a busy pre-season for both sides, with each squad undergoing some major changes ahead of the new season.

New signings Nkosinathi Sibisi, Tapelo Xoki, Evidence Makgopa, Miguel Timm and Bienvenu Eva Nga will be looking to get their Pirates career officially underway come kick-off time on Saturday, while Swallows have also bolstered up their squad, with strikers Evans Rusike, Waseem Isaac and Daniel Gozar among those eyeing debuts in the Club’s colours.

On the injury front, the offseason has afforded time for both Paseka Mako and Vincent Pule to make strides in their recovery after missing a big chunk of the latter part of last season, and both could be in contention for spots at Orlando Stadium. Meanwhile Swallows also have a key player nearing full recovery, with midfielder Tlakusani Mthethwa likely to feature after being sidelined throughout the 2022 half of the previous campaign.

Thembinkosi Lorch (Orlando Pirates): A fit and firing Thembinkosi Lorch often means a great deal of problems for the opposition, and the attacking midfielder will be looking to tap into the form that saw him finish last season as one of the Club’s standout players. Whether creating or converting chances, the 29-year-old is often a key figure when the Bucs push forward, and a good showing from him on Saturday could translate into a long afternoon for the Birds.

Mwape Musonda (Swallows): A recent Golden Boot winner, the Zambian striker will be looking to make a bigger impact in his second season at Swallows. The former Bucs marksman is no stranger to finding the net against his old club, having done so during his successful spell at Black Leopards.

A late strike from Tshegofatso Mabasa helped the Buccaneers to a narrow win in their last encounter at Orlando Stadium, but they could not pull off a league double in Dobsonville with Ruzaigh Gamildien cancelling out Bandile Shandu’s third-minute goal.

It has been a tight affair between the two rivals since Swallows’ return to the top flight, with Pirates boasting the only win in their four league meetings since the 2020/21 season.

Overall, the Buccaneers have been by far the more dominant side in this fixture, winning 15 out of their last 36 clashes with the Dube Birds across competitions, only suffering eight defeats, with 13 games ending in stalemates.

How to Watch Orlando Pirates vs Swallows

The game is scheduled to kick off at 15:00 and will be broadcast live on SuperSport PSL (202). You can always follow the action by keeping an eye on live updates posted on all Orlando Pirates’ social media platforms. Tickets are available across all Computicket outlets.