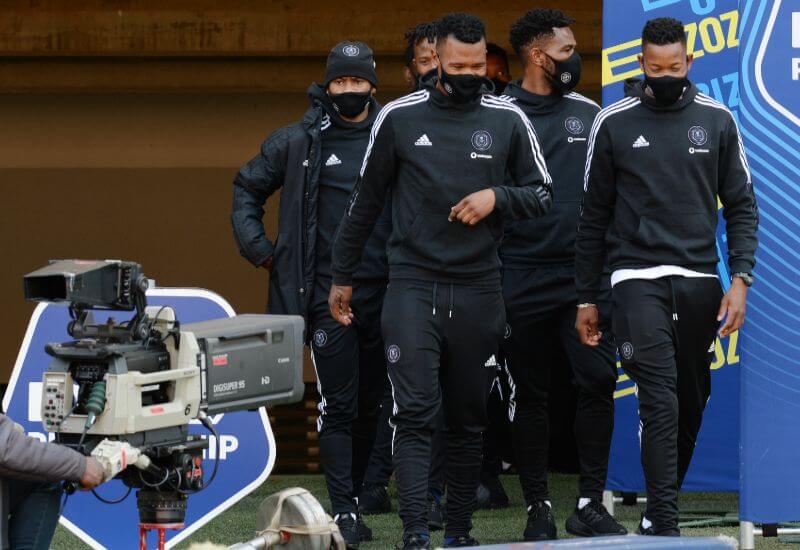 Just weeks after locking horns at Orlando Stadium, South African football’s oldest rivals Orlando Pirates and Swallows meet at the iconic venue once more on Saturday, as the DSTV Premiership returns after the international break.

This upcoming edition of the Original Derby will have an extra edge to it, brought on by what transpired in the season opener, where the Buccaneers’ MTN 8 title defence was brought to a premature end by The Birds.

With that result now firmly in the past, the hosts will be aiming for their first three-point haul of the season, having collected two points in as many games, following stalemates against Stellenbosch and Marumo Gallants.

Pirates face a side that began their league campaign with victory over top-flight newcomers Royal AM, before being held to a goalless draw by AmaZulu.

Currently, it is the visitors who sit higher up the standings in seventh place, while the hosts will hope to ascend up the table through a good performance, as they sit in rather unfamiliar territory in 11th place.

Since their last outing, the Buccaneers have concluded their transfer business by adding two new faces to their ranks in defender Olisa Ndah and attacker Kwame Peprah, joining Ntsako Neverdie Makhubela who was unveiled on the eve on their league opener against Stellenbosch FC.

The international break presented the trio with the opportunity to be integrated into their new surroundings in a more relaxed setting.

Earlier in the week the squad was re-joined by four of its internationals in Deon Hotto, Gabadinho Mhango, Terrence Dzvukamanja, and Richard Ofori,  all returning from doing duty for their respective national teams. However, the latter is expected to miss this weekend's encounter after suffering an injury in the World Cup Qualifier against Bafana Bafana.

The Buccaneers will again have to go without defender Ntsikelelo Nyauza, who sits out the game due to his two-match suspension. However, there has been a boost in the defence with new arrival Kwanda Mngonyama back to full training after spending the opening weeks of the season on the injury list.

Other players who have been on the mend during the FIFA break include midfield duo Thabang Monare and Ben Motshwari, both in line for a return to the match day squad after missing out on the previous fixtures through injury.

In the Swallows camp, SA Under-23 international Kamohelo Mahlatsi could also be preparing for a return to action after his spell on the sidelines.

There are a few casualties, however, with key players in the likes of Thabo Matlaba, Keletso Makgalwa and Lebohang Mokoena all in doubt for the clash.

Tshegofatso Mabasa: Having had a few minutes on the park following a lengthy injury spell, the Bucs striker will have fond memories of his last encounter with The Birds, where he found the net to secure a point for the Soweto Giants. Possessing good aerial ability and a powerful left foot, Mabasa has been a constant goal threat when fit, and will look to add to his tally on Saturday.

Ruzaigh Gamildien: The 32-year-old is expected to once again pose a key threat to the Bucs goal, having tasted success on his last visit to Orlando Stadium with the brace that sent The Birds through to the MTN 8 semifinals.

Pirates have had the upper hand in this fixture historically, with 30 victories across competitions since the National Soccer League was established 36-years ago.

In this period, the Birds have triumphed 18 times, while the spoils have been shared on 32 occasions.

The Buccaneers have also been the more successful side on their home turf, beating their old foes 14 times and losing just nine matches.

No spectators are allowed inside the match venue.