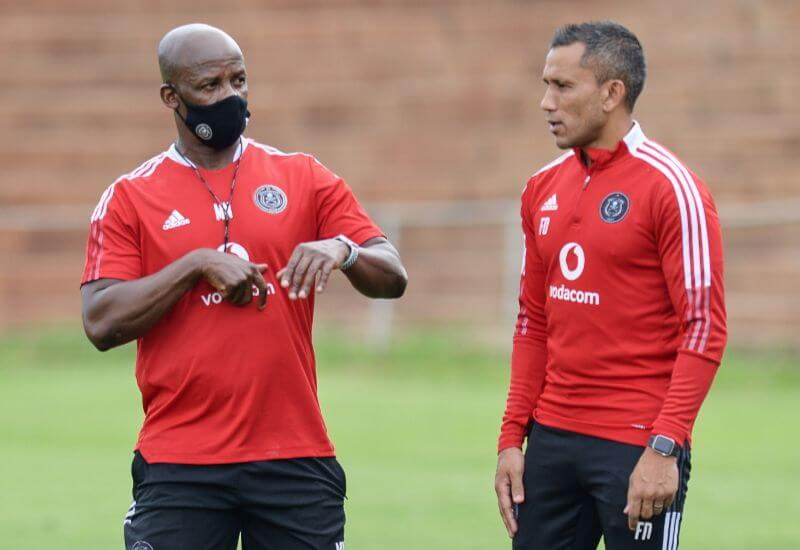 One of the country’s most iconic rivalries takes centre stage on Tuesday night, as Orlando Pirates travel to Dobsonville Stadium to take on Swallows.

The ‘Original Derby', as the fixture is affectionately known, has served up some memorable encounters, and the upcoming clash between the old rivals is expected to be no different.

The two sides go into the game placed on different ends of the DSTV Premiership table, following contrasting results on Saturday.

The Buccaneers marked the halfway mark of their league campaign with a convincing performance at home, which handed them a 2-0 victory over TS Galaxy over the weekend.

This stretched their unbeaten run in the Premiership to five matches, as they finished the weekend in third place in the standings.

Pirates will be looking to collect another three points against their rivals, who have had a tough time of it in their second season back in the top flight.

The Dube Birds are currently in 14th place with just two wins in their 15 matches, which have yielded only five goals.

They suffered defeat at home in their last outing, going down 1-0 to Marumo Gallants on Saturday.

Swallows have recently made changes to their technical team, and their newly-appointed Head Coach, Dylan Kerr could make his first appearance in the dugout against Pirates after his debut at the club was delayed by work permit issues.

In the Pirates camp, co-coach Fadlu Davids recently shed more light on the expected return of a few stars, with players such as Richard Ofori and Zakhele Lepasa both unlikely to feature in the remainder of the year.

Collins Makgaka: The midfielder has made the most of the opportunities handed to him in recent weeks, chipping in with goals and assists. Makgaka has been directly involved in four goals in the Buccaneers’ last four matches, scoring two and assisting just as many.

Ruzaigh Gamildien: The experienced attacker may be nowhere near the red-hot scoring form he enjoyed last season, but will have good memories of taking on the Buccaneers. Gamildien netted a brace against Pirates in a cup game earlier in the season, and will be aiming to cause problems once more on Tuesday.

Pirates were victorious in the last edition of the Original Derby, with a late strike from Vincent Pule handing them a 1-0 victory. Prior to that, the two clubs had played to two consecutive 1-1 draws in the league.

The famous rivalry has been a tight affair over the years, but the Buccaneers have had a slight upper hand, winning nine of their last 25 league encounters with the Birds, who have claimed six victories, with the remaining 10 finishing in a stalemate.

How to Watch Swallows vs Orlando Pirates

The game kicks off at 19:30 and will be televised on SuperSport PSL. Orlando Pirates will also provide live updates across the Club’s social media platforms.