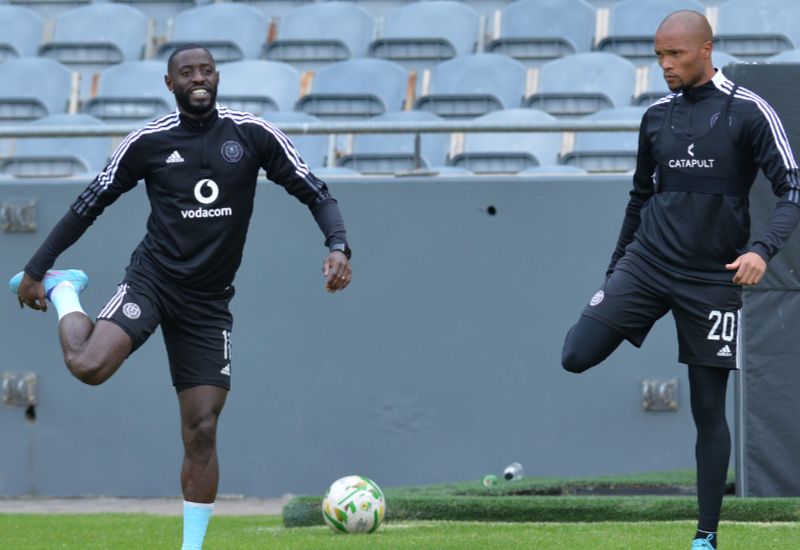 Orlando Pirates have a rare Monday afternoon assignment as they travel to Mbombela Stadium for a DStv Premiership clash against TS Galaxy.

The destination of the title has been decided in the final stretch of the ongoing campaign, but key battles remain alive with teams scrambling for spots in CAF competition, the top eight, while some are in a battle to avoid the dreaded axe.

The Soweto Giants head to the fixture on the back of two goalless stalemates in the league, having been held scoreless by Baroka and Chippa United in their two most recent fixtures in the competition.

In between those results, they scored a 1-0 win over Tanzania’s Simba SC in the CAF Confed Cup, which saw them secure a spot in the semifinals.

The Buccaneers stand a chance of climbing up to third place in the league standings should they defeat The Rockets, placing them in good stead for another bid in continental competition.

For the home side, a win on Monday would enhance their chances of staying put in the top flight, as the threat of relegation currently lingers above them.

Galaxy have won just one of their last five games, and sit in 15th place on the log, with the possibility of playing in the relegation playoffs come the offseason.

A win against the Buccaneers could shoot them as high as 12th place in the standings, handing them brief respite from the threat of relegation with three matches left to play before the end of the season.

It has been a while since both sides have suffered a league defeat, with Galaxy sitting on three games without a loss, while the Buccaneers are currently on a four-match unbeaten run.

The Galaxy’s home form has however been a concern, with no wins recorded in their last seven games across competitions.

A shake-up could be due at both camps heading into Monday’s crucial encounter, with Pirates Club captain Happy Jele likely to reclaim the armband in the absence of fellow central defender Olisa Ndah, who is a doubt for the encounter following an injury picked during his side’s last outing.

Further changes could be made in the midfield, where the returning Vincent Pule, along with the likes of Goodman Mosele and Linda Mntambo have raised their hands, following a gruelling last two fixtures for the men in their respective positions.

Meanwhile Galaxy have a few key figures that could be back in their starting XI, with Wayde Lekay and Eathan Brooks both likely to feature after being left out of the Mpumalanga-based outfit’s most recent outing.

Thembinkosi Lorch: Central to the Bucs gaining forward momentum over his last few starts, Lorch has displayed more than just glimpses of his best form in the past few weeks and his ability to create something out of nothing could be just what the Soweto Giants need in a fixture that has proven to be a tight affair over the years.

Augustine Kwem: With three goals in the new year, Kwem will be the Rockets’ key man up front and will no doubt be eyeing to break his duck in games against Pirates. The former Chippa man found the net in his side’s last outing, and will be looking to continue that form at home to the Buccaneers.

Pirates will be seeking a league double when they lock horns with Galaxy on Monday, following a 2-0 victory posted at home in their most recent encounter.

On that day, goals from Bandile Shandu and Collins Makgaka handed the Buccaneers their first win over the Rockets on their third attempt.

Things are evenly poised so far as far as head-to-head results are concerned, with each side boasting one victory in this fixture, following a stalemate in their first ever encounter.

The game kicks off at 15:00 and will be televised live on SuperSport PSL. A limited number of tickets have been made available through Computicket outlets nationwide.

Those who wish to attend the game are expected to produce proof of COVID-19 vaccination or a negative test no older than 72 hours, as well as a valid South African ID or a passport.

Live updates will also be provided by Orlando Pirates across the Club’s social media platforms.

Preparing Students for the Workplace at the Learning Centre