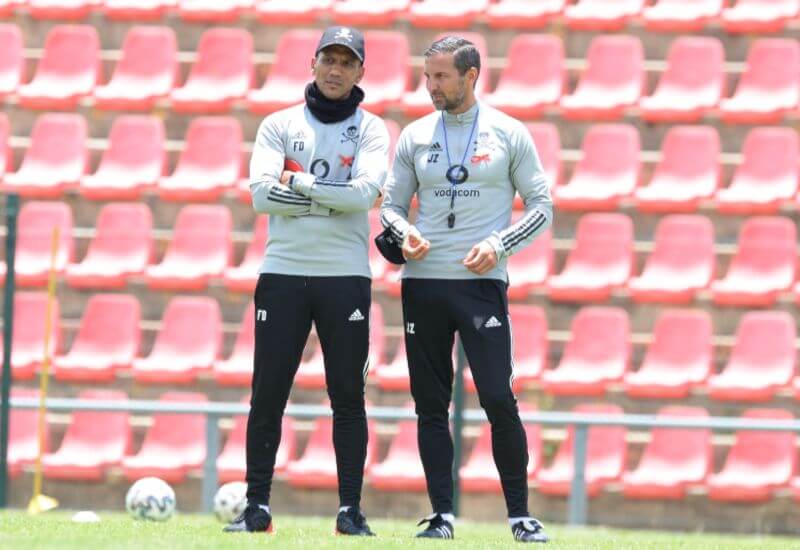 Orlando Pirates take their DStv Premiership campaign to unfamiliar surroundings this Saturday, as they travel to meet Cape Town City at Danie Craven Stadium in Stellenbosch on Saturday at 15:30.

The two opponents returned identical results from their last outings, both playing to 1-1 stalemates. The Buccaneers came from behind to salvage a point against Baroka FC, while AmaZulu held the Citizens in Durban.

This kept the hosts in sixth place, with a single point now separating them from the Soweto Giants, currently in third.

For both teams, finding consistent form will be of paramount importance after each collected just two wins from their five matches.

It's a fixture which has produced plenty of fireworks in the past, with no shortage of drama.

The most recent meeting between these two sides came in the season-opener, where Pirates ended City's MTN8 campaign with a 1-0 victory at Orlando Stadium.

In eight league matches played since the hosts' first season in the top flight, five have not produced a winner with the men in blue holding a slight edge with two victories to the Buccaneers' one.

The last two seasons have also produced a flurry of goals, with no less than 15 scored in four games during this period.

Thabo Nodada: With memories of the screamer he scored against the Soweto Giants still fresh in everyone's mind, the midfielder will command attention from the Bucs defence.

Nodada's performances over the last few seasons have earned him a couple of Bafana caps, and he will have his tail up, having been one of the few players who have hit the ground running early in the ongoing campaign.