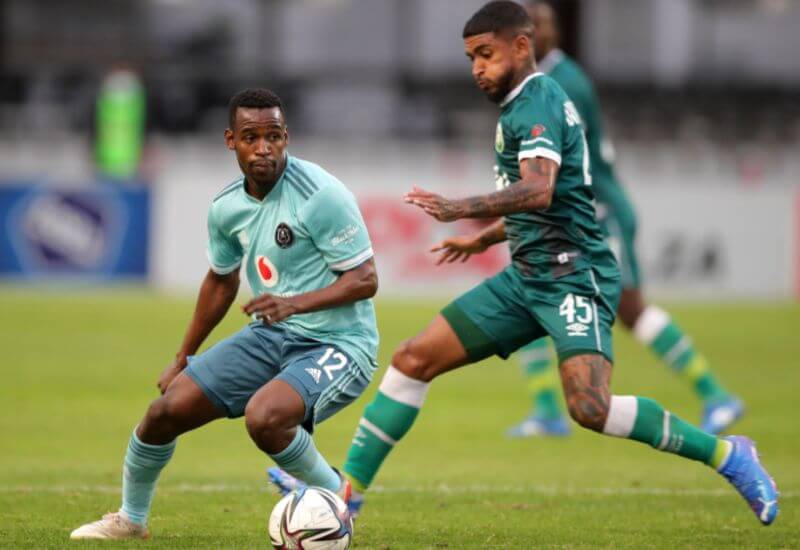 Orlando Pirates returned with a point from Durban after their visit to AmaZulu yielded a 1-1 draw at Jonsson Kings Park Stadium on Wednesday night.

Having claimed all three points the last time they were on the road, the Buccaneers sought to do the same for the first time against KwaZulu-Natal opposition this season.

It was, however, the home side who had the first clear-cut opportunity of the contest, with Siphelele Mthembu going one-on-one with Siyabonga Mpontshane, who left his line to pull off a fantastic save in the opening exchanges.

This was followed by a lengthy sparring session between the two sides, before an attempt to connect with Tercious Malepe by Andre De Jong failed to yield the desired result from close range in the 15th minute.

It would take until the 29th minute for the Buccaneers to get their first clear opportunity, and they made the most of it when Collins Makgaka expertly teed up an unmarked Deon Hotto, who made no mistake in finishing past Veli Mothwa with a powerful left-footer to hand his side the lead.

With very little in terms of goalmouth action occurring in the closing stages of the first half, the visitors looked set to take a slim lead into the break, until some disjointed defending allowed Tshepang Moremi in for the equaliser on the stroke of half time.

Pirates were quicker off the blocks in the second half, and only inches prevented them from going ahead once more in the 52nd minute when Paseka Mako laid the ball for Makaringe from out wide, but the Bucs midfielder missed the target by a whisker.

Striker Kwame Peprah flashed towards goal a minute later, but only succeeded in winning a corner after forcing a save from Mothwa.

Usuthu had opportunities of their own, mostly through De Jong, who first shot wide before coercing a scramble from Mako, which kept out an almost certain goal.

In the last ten minutes of the encounter, Bucs talisman Thembinkosi Lorch was brought on for his first league appearance of the season, and was almost a decisive factor, with his ball into the box failing to meet the crucial touch from a teammate to make it 2-1.

He was again in the thick of things in injury time when he shot at goal, only to be stopped by Mothwa from close range.

The final whistle eventually sounded with the Buccaneers registering a second successive stalemate in the league, while Usuthu made it five draws in their last five matches.