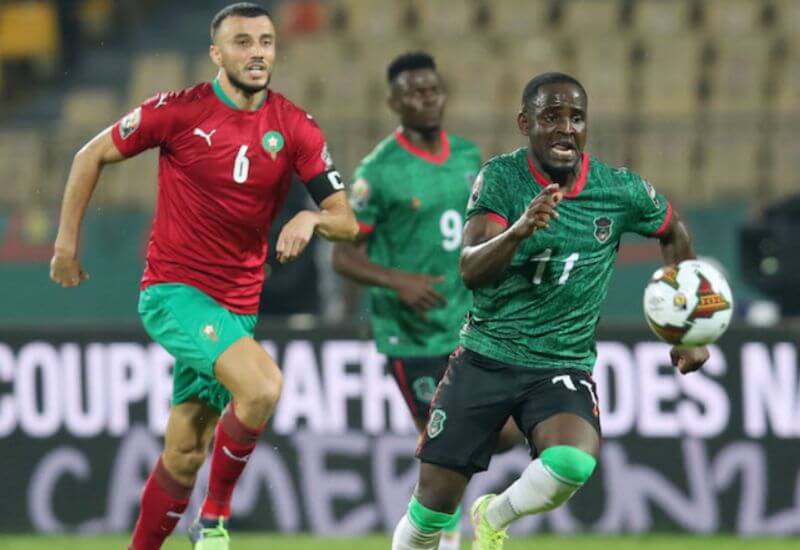 Orlando Pirates pair Gabadinho Mhango and Olisa Ndah both saw their Africa Cup of Nations (AFCON) journey come to an end at the Round of 16 stage of the tournament.

The duo represented Malawi and Nigeria respectively in Cameroon, and both put vital minutes under their belt while the DStv Premiership was on hold.

For Mhango, who turned out in the colours of The Flames, the continental showpiece was an unprecedented success as he helped his country to their second victory in the tournament in what was only their third appearance.

The Buccaneers striker provided both goals for Malawi in their group stage campaign, as he netted a brace against Zimbabwe, leading his side to a third place finish in Group B. That was enough to qualify for the knockout rounds, where they faced a daunting task, coming up against one of the pre-tournament favourites in Morocco in the Round of 16.

Mhango’s red-hot scoring form continued as he opened the scoring for the Flames with a stunning seventh-minute strike. However, the Atlas Lions staged a comeback to emerge 2-1 victors on the night.

It was the first time Malawi had moved past the AFCON group stage, having been eliminated in the first round in both their previous appearances.

For Olisa Ndah’s Nigeria, a Round of 16 finish will have been beneath Africa’s most populous nation’s expectations, as they came into the tournament looking to go all the way.

The Bucs defender had the honour of debuting in the tournament when he ran on during his country’s 2-0 victory over Guinea-Bissau in the group stage, completing his fourth cap for the West Africans.

The Super Eagles journey however came to an end on Sunday night when they crashed to a 1-0 defeat over Tunisia in the Round of 16.

Both players are expected to return to Orlando Pirates training ahead of another busy period where the Club will resume their league campaign, while also competing in the Nedbank Cup and CAF Confederation Cup.