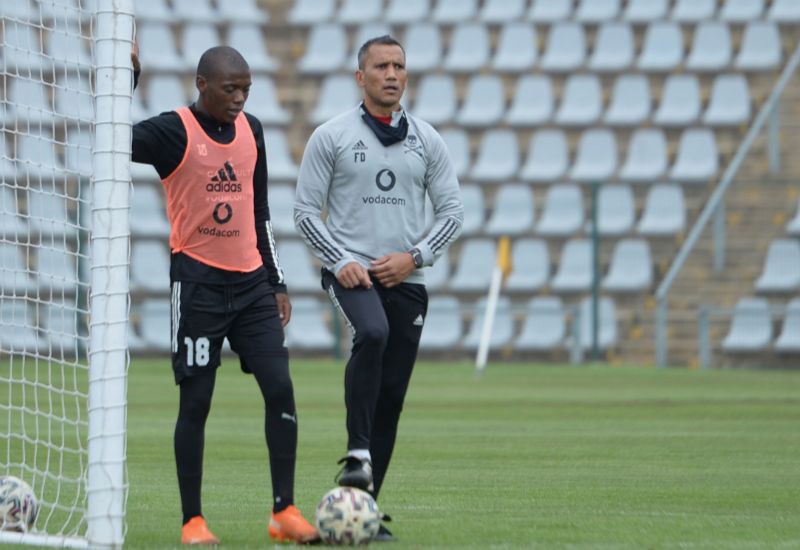 It has been a long waiting game for attacking midfielder Kabelo Dlamini, who has had to fight his way up the pecking order before he could enjoy regular game time.

The 24-year-old is one of many talented players fighting for spots in the Orlando Pirates midfield, and the depth in the squad has kept him on the bench for a good chunk of the season.

In recent weeks, however, he has strung together some first-team appearances and is pleased to have gotten the opportunity to contribute on the field.

"It feels good to be back in the team," Dlamini told Orlandopiratesfc.com in an exclusive interview. "I've been working hard, and I'm happy to be getting game time now."

The player also revealed that he aims to make the most of his run in the first team throughout the remainder of the ongoing campaign.

"The only thing I need to do now is grab this opportunity and make sure that I finish the season strong," he added.

One of the highlights of Dlamini's season so far was the hand he played in the Buccaneers' path to the Nedbank Cup quarterfinals.

Brought on as a half-time substitute with the team trailing by a goal in the Round of 16 fixture away to Maritzburg United, "Shuffle" netted the equaliser which sparked a quick turnaround in fortunes as the Soweto Giants eventually ran off 3-1 winners.

He admitted that the performance was a culmination of some tireless behind the scenes work, and credited the Technical Team for giving him that extra push as he seeks to improve his game.

"They (the Technical Team) have been pushing me at training," Dlamini said. "The coach always tells me that I'm a good player and that I'm capable of creating goals. The main thing he's told me to improve on is my aggression.

"I've been working on that, and I feel I'm improving. So I'm happy to bring that to the team."

Looking ahead to the Bucs' next fixture - which is away to Chippa United at Nelson Mandela Bay Stadium on Saturday - Dlamini says a solid performance will be required against the "Chilli Boys".

"Chippa is a ball-playing team. They're also dangerous, plus they have been doing well in their last few games. We know we're not going to have it easy against them, but we must continue to work hard and try to win the game," he concluded.

Motshwari Out of AFCON Squad