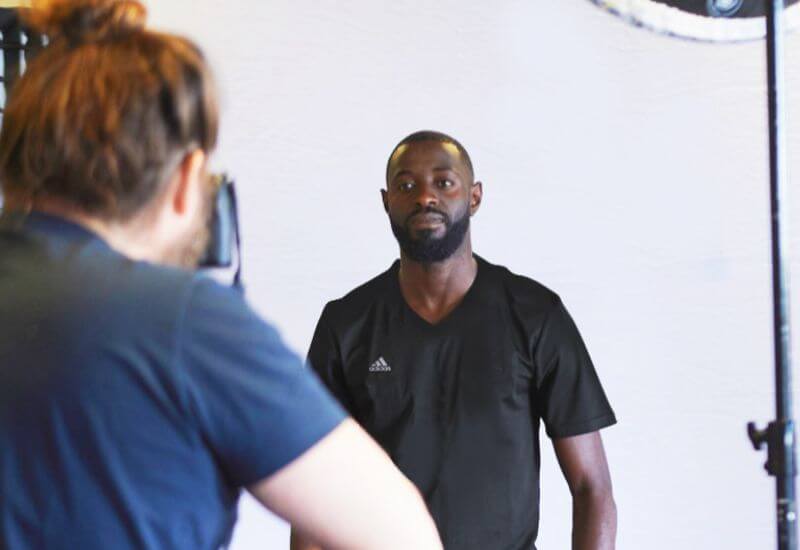 Deon Hotto Kavenji has declared his ambitions for the upcoming season.

After being officially announced as an Orlando Pirates player yesterday, the Namibian international sat down for an interview with Orlandopiratesfc.com to discuss his switch to the Buccaneers.

Welcome to Orlando Pirates. How does it feel to be embarking on this next stage of your playing career?

Thank you for the welcome. I am happy to join the club. It is a great honour to be here.

What is it about Pirates that convinced you this should be your new home?

Yah, for me Orlando Pirates is a great team and as a boy growing up in Namibia it was the biggest club I knew in South Africa. Choosing Pirates for me was an easy decision. This is a club that always competes at the highest level and it is also a club which has a rich history.

We are happy to see you in a Pirates kit. What is it about you and playing against big teams? You always seem to raise the bar. Even when you played for Celtic it was the same.

Many players who are not at big teams know that not everyone gets to see them until a match against a big team comes along. This is where we use games against the likes of Pirates, Sundowns, Chiefs, etc to show people that we are just as talented as players from those teams.

I always have this mentality when I play and it will not change now that I am at Pirates. Every game that I play, I make sure that I put in 110% effort. It’s just who I am

Have you met your new teammates yet and if so, how did it go?

I have already met my teammates. The welcome from everybody was good. I am eager to get to know everybody better on and off the pitch but more importantly I cannot wait to start working with this great group of players.

For you personally, what are your ambitions and what do you hope to achieve during your time here?

During my time here at the club my ambition is to continue adding to the rich history of this club. The story of Orlando Pirates is well documented and for players, we all want to be a part of generations of teams that were successful. My aim is to achieve that here with Pirates and I will not stop until I do.

You were born in Swakopmund in Namibia which is formerly a German colony. Can you speak any German?

Ich spreche Deutsch ya [laughs]. Growing up in Swakopmund as a player. I played for a club called Swakopmund Football Club which was owned by a gentleman from Germany, this is where I learned German. The club is actually known as SFC and is supported by clubs from Germany.

When I was playing for the u17s I was fortunate enough to go showcase my talents in Germany.

This means you and the coach will be able to converse quite easily then?

[Laughs] Yeah, I can speak the language. Me and the coach will certainly communicate in German from time and again. [laughs again]  Who knows, maybe there will be times where the coach wants me to pass on a particular message to a teammate.

Finally, what is your message to the Ghost?

My message to the Ghost is very simple. I am a team player, so the Ghost can always rely on me to always push myself and my teammates to give our best at all times.
I am now one of them so we can count on each other to take this club forward.