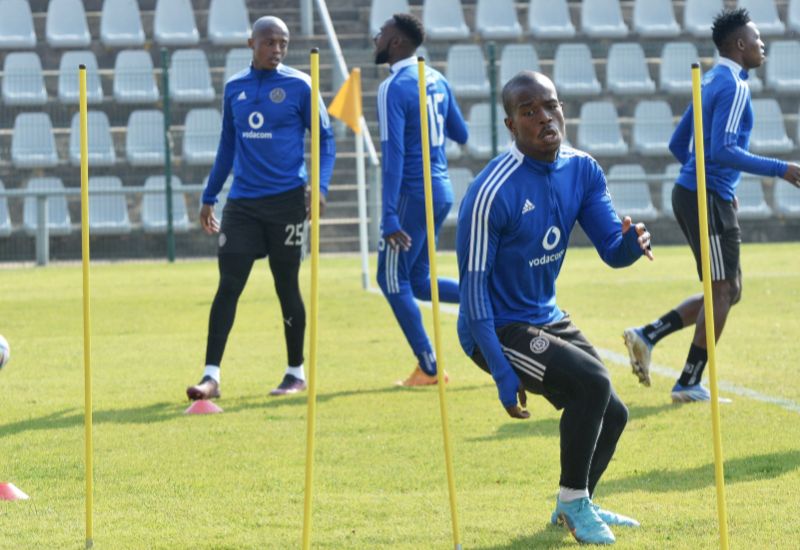 Stepping into unfamiliar territory is often seen as daunting, but Orlando Pirates new recruit Nkosinathi Sibisi has had some time to prepare for the challenges that may be ahead as he readies himself for life as a Buccaneer.

The defender was among the first signings announced by the Club during the early days of the offseason, bringing to an end a seven-year stay at DStv Premiership rivals Golden Arrows which began with a successful tenure as captain of the side’s Reserve League outfit.

It was at the Durban-based outfit where he quietly went about raising his stock, going from a relative unknown to skippering the senior team, at the same time becoming one of South African football’s hottest commodities on defence.

Following another solid showing in the 2021/22 season, the 26-year-old has agreed a deal with Pirates, where he has reunited with some familiar faces, and is set for a massive role, following some high-profile departures during the ongoing transfer window.

Fresh off his first pre-season camp with the Soweto Giants, he sat for an exclusive interview with Orlandopiratesfc.com, shedding light on his first few weeks as a Bucs player and detailing his plans for what is an important season ahead.

Welcome to Orlando Pirates. How does it feel to be a Buccaneer?

NS: It’s an honour and a privilege. I never thought it would happen. I can safely say it's something beyond my wildest dreams.

Any major differences between what you’ve become accustomed to and what you’ve experienced so far at Pirates?

NS: It is quite different. For instance, during preseason at Arrows we weren’t used to going to camp. Not only that, there’s other off-field stuff such as photo shoots. It’s been quite different, so I’ve had to adjust to that as well.

Has reuniting with some familiar faces helped you settle in at the Buccaneers?

NS: It sure has made things a lot easier, and everyone in the group has been welcoming. I can even recall my first time coming to a training session and Paseka Mako actually came to me and said “UNkululnkulu mkhulu (God is great). I’ve wanted you on our side for a long time”. The energy I’ve gotten from all of the guys has been quite welcoming.

Are you anticipating any stiff competition for places once the season kicks off?

NS: Yeah, there’s competition but I think competition is healthy. It brings out the best in everyone. Regardless of who is playing in that particular position, there’s always someone pushing the next person.

With regards to your own game, what qualities do you think will give you the edge?

NS: I bring a competitive edge. I just want to compete and be the best I can be and hopefully help the team going forward.

The first game of the season is a Derby. Is it something you’re looking forward to?

With fans returning in full this season, how do you feel about the prospect of playing in front of the supporters at Orlando Stadium?

NS: We’ve missed the fans. That moral support goes a long way, especially playing for Pirates. The Club has a big following and a crowd that can lift you up, even on your bad days, and push you towards victory. Having them back at the stadium is much appreciated by everyone.

Any special message for the Bucs supporters?

NS: To the Bucs fans, I’d like to say they should expect something positive this season. We’re striving for silverware. Just be patient with us, with the coaches. We’ll try to do our best and hopefully it will be good enough to make them happy.