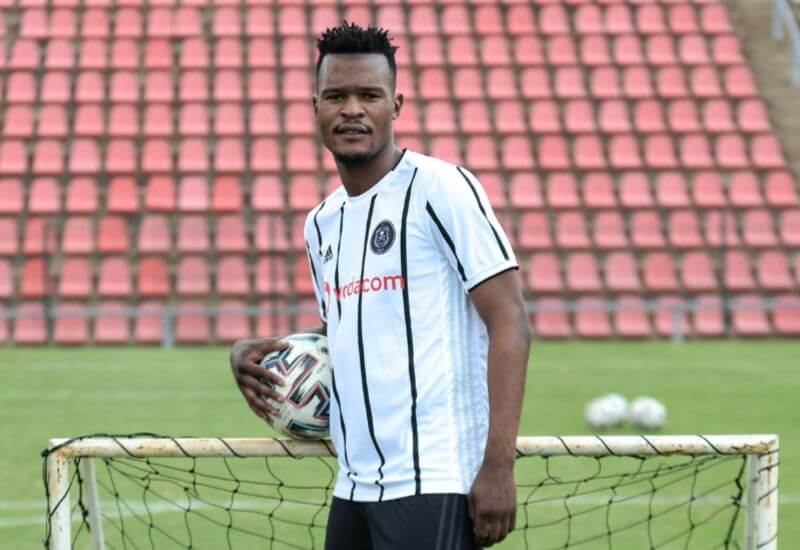 Nkanyiso Zungu has opened up on his excitement at joining Orlando Pirates and rubbing shoulders with his new teammates.

The 24-year old who joined the Mighty Buccaneers from Stellenbosch Football Club on the final day of the January transfer window, sat down with Orlandopiratesfc.com for his first interview as a Bhakaniya.

Nkanyiso, welcome to Orlando Pirates, how do you feel about your move here?

Excited, enthusiastic and ready to get going. This is a club with a rich history and it’s a great pleasure to be a part of the family. I look forward to be a part of Orlando Pirates and aim to leave a positive mark.

Your move to Pirates came on the final day of the transfer window. Share with us what went through your mind when you first found out about the Clubs’ interest in signing you?

Initially I was shocked, firstly because it came so unexpectedly as the window was about to close and secondly, the magnitude of the Club that was interested in my services.

Playing for Pirates has been a childhood dream of mine so you can imagine what went through my mind when the call came through. But having said that, joining is only the start, I need to work hard to build on this and make this opportunity count.

The interesting thing is that I come from a family of staunch Kaizer Chiefs supporters but as soon as I was old enough to make my own decisions, I went against the grain and chose the Black and White of Pirates.

I think I was mainly attracted to their style of play.

Interesting. So, the Zungu home will be divided for the upcoming Soweto Derby on the 29th?

It will be interesting to see what happens because this will be the first time my family is put in such a position. It should be interesting though because I was destined to be here, playing for the team that I support so if it means I must break their hearts then so be it. But I have a strong feeling that the family home will change to black and white for that day.

You have been at the Club for about a week now, how have you settled into your new environment?

My first day was a daunting experience, sought of like your first day at school – new people, new environment.

My situation was made even more difficult because I joined the team during mid-season and not at the beginning where it’s easier to get used to each other during preseason camps and stuff like that. Midseason, guys have already formed bonds. But I found I was welcomed with open arms, everybody is friendly here, they are really the “Happy People” and I am just honoured to be part of it.

I wish I could be training already but unfortunately, I came in carrying a groin injury, so for now I am undergoing rehabilitation with the team’s physios. It’s a bit frustrating that I’m neither training nor playing with my teammates yet, it feels like I am getting left behind, but I love playing so I have to keep positive and focus on healing so I can get back to playing.

What has been your most memorable moment so far?

That would have to be the chat I had with the Chairman after I signed.

You know as players we are often only spoken too in football terms but with the Chairman it was more about the human being and about life in general which I really appreciated.

Without going into too much detail the Chairman told me what this brand stood for and what impact joining a big club will mean and how everywhere I go from now on people will recognise me which means I should act in a responsible manner at all times.

He explained how football is a short career and how I must make the opportunity count. Above all he told me to respect the badge in all that I do both on and off the field. He said being a Pirates player means that I can’t do wrong things like drinking and going to nightclubs, he said I must avoid behaviour that is bad for my career period.

What can the supporters who do not know you expect from Zungu?

First and foremost, what I can say is that it’s an honour to have joined Orlando Pirates Football Club and from what the Chairman has said to me and how the team has welcomed me, they have laid down the foundation. It is now up to me to repay the Club for the faith that they have shown in me.

As for what the supporters can expect - I am a player who loves skill and flair and I feel this is the perfect club for me because it embraces players who play a brand of football that’s similar to mine. But I am also someone who hates losing so it won’t only be about skill and flair – I also like to grind in that midfield.