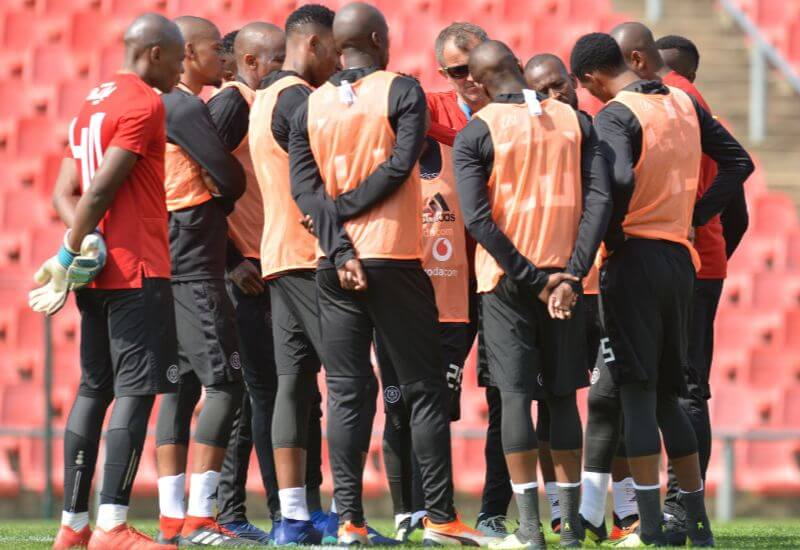 After successfully disposing of their fiercest rivals Kaizer Chiefs at the weekend to reach the final of the Telkom Knockout Cup, Orlando Pirates have little to no time to bask in their glory as they shift focus to their upcoming CAF Champions League clash against Light Stars FC from the Seychelles.

The Mighty Buccaneers kick off their Champions League campaign to a Stars side that are a closed book. Little is known about the Seychelles outfit apart from the fact that this will be their second time in South Africa.

In 2016, Light Stars faced Bidvest Wits in the CAF Confederations Cup. The Students marched towards a 9-0 aggregate victory which included a 6-0 home win and a 3-0 win away from home.

Our very own Vincent Pule played and scored in the 6-0 rout against Stars. The Bucs winger recalls that match fondly but heeded a word of caution to his new teammates ahead of this upcoming encounter.

“I remember the match against Light Stars,” said Pule. “Some might think because we previously won that game 6-0 our game on Wednesday will be a walkover but I’ve already told my teammates that this is one team that we cannot afford to underestimate. Teams like this have nothing to lose…the players give it their all and because they have nothing to lose; they have no pressure. The pressure will be all on us. We need to show we are a big team and we can only do so by dominating the match from the first whistle. We cannot afford to underestimate them.”

“Furthermore, two years is a long time in football. The team that Wits played two years ago will not necessarily be the team that Pirates face on Wednesday. The same can be said for us at this stage; we have gone from failing to qualify for the top eight to finishing second and competing in the Champions League a year later,” the 26-year old concluded.

The match against Stars will be played at the Orlando Stadium on Wednesday evening. Tickets for this encounter can be purchased at Computicket outlets nationwide. The general stand ticket costs R40-00 for adults and R10-00 for juveniles.