Ford Goal of the Month February 2018 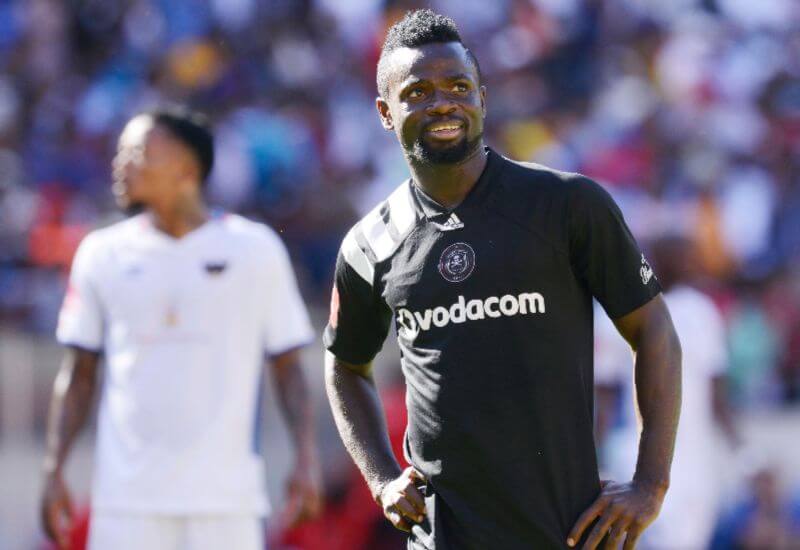 The month of February has been a good one for the Club, with the Mighty Buccaneers registering three wins in three matches – scoring an impressive eight goals in the process.

Justin Shonga put his hand up to land his first Ford Goal of the Month accolade after his fantastic long range strike against Chippa United recently.

Ghanaian forward Bernard Morrison’s second goal in the 2-0 win over Ajax Cape Town City in the Nedbank Cup throws him into the nomination pool for the first time. Morry received the ball from deep before combining with Thembinkosi Lorch all the way into the Ajax box before sending the Urban Warriors keeper in the opposite direction with his well-placed shot.

Third player to feature in this month’s Ford Goal of the Month is Thembinkosi Lorch in the Buccaneers’ 4-2 win over the Chilli Boys. The 24-year old produced a header reminiscent of Benni McCarthy’s goal against Manchester United in 2004.

Thabiso Kutumela’s sneaky freekick against Maritzburg United was something out the training ground. The Bucs forward did well to get his chip over his own players, who formed a moving wall infront of the Maritzburg defence, before beating the keeper at his near post.

Grant Peters and Andile Tshabalala were not to be outdone as they push their way into the mix on behalf of the Reserves. Peters’ curling effort against Polokwane City in the MDC was the cherry on top of a team effort that saw defensive Siphumelele Mbulu find Thobela Sikhakhane out wide before the winger clipped an angled ball to Peters for the turn and finish.

Tshabalala did well to evade his markers in a crowded box to get onto the end of a cross from the right by Thabiso Monyane before powering home a diving header from inside the area.

Vote For Your Favourite Goal