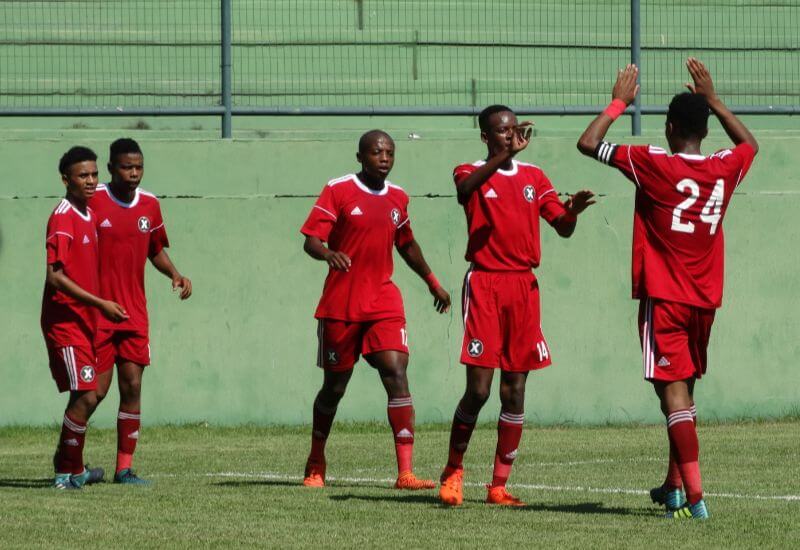 We’ve compiled the best Orlando Pirates goals from April and May 2018 to determine the final Ford Goal of the Month winner to wrap up the 2017/18 football season.

For the first time this season, the Ford Goal of the Month competition features goals scored against teams outside of South Africa as the Projext X 2018 Tour to Rio de Janeiro submitted world-class entries. The SAB’s top goal-scorer Zakhele Lepasa features in the contest a whopping four times having scored at least once against four of Rio de Janeiro’s top 5 football clubs – Barra Da Tijuca, Botafogo, Fluminense, Flamengo and Vasco Da Gama.

March’s Ford Goal of the Month Winner, 16-year old Augustine Mahlonoko has submitted an entry for the second time in a row, this time with a superb finish against Flamengo.

To vote for your favourite April/May 2018 Ford Goal of the Month for the last time this season, visit PiratesTV on YouTube and you could win the Orlando Pirates Ultimate VIP Experience at the first game of 2018/19. Competition closes on Friday, 8 June 2018.