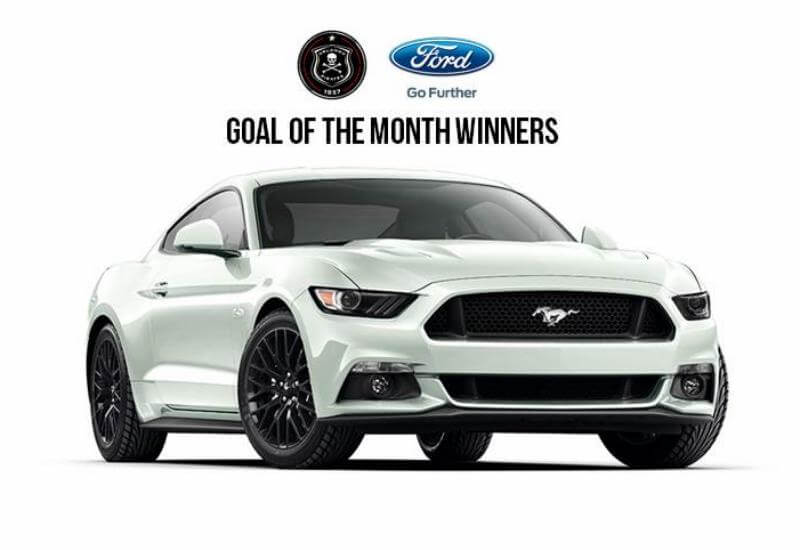 The month of October has come and gone along with some great Buccaneer goals. Each month The Ghost has the opportunity to vote for their favourite Ford Goal of the Month.

October was a relatively poor month for the Orlando Pirates first team in terms of results. Of the five matches played, the Buccaneers only mustered one win, two losses and two draws. A total of five goals were scored in the process.

As for the Multichoice Diski Challenge team, they fared slightly better in October with two wins and one loss. However, our SAB team continues to produce the best results with four victories and one draw in the five matches played – scoring an impressive 12 goals in the process.

The October 2017 Ford Goal of the Month contenders were:

So whose goal was voted the best Ford Goal of the Month for October 2017? Last month our SAB player Ricardo Lourenco clinched the award scoring an exquisite volley, but October’s honour goes to our Buccaneer Captain Thabo Matlaba who sealed the deal with a stunning strike from the outskirts of the 18 yard area.

The response we received with our second Ford Goal of the Month competition of 2017 was more than overwhelming. So much so that this time around, we have decided not only to reward 1 winner, but 4 additional winners as well. Thank you to every supporter who voted! Our Buccaneer winners are: