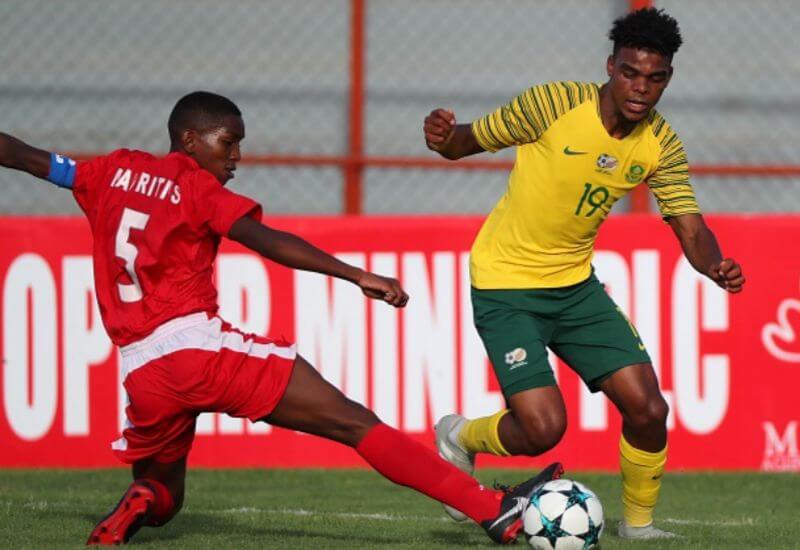 The Orlando Pirates duo of Lyle Foster and Thabiso Monyane were on target as South Africa thumped Mauritius 5-0 in their opening game of the COSAFA U20 Youth Championship played at the Nkana Stadium in Zambia on Monday afternoon.

Foster netted a brace while Monyane registered an assist as well as a goal of his own as South Africa stormed to a 5-0 first half lead. The other goals of the match were scored by Nkosingiphile Ngcobo as well as Mauritian defender Jean Francis who scored an own goal after failing to deal with Promise Mkhuma's cross.

South Africa, who are the defending champions of this 12-team competition have kicked off their title defence in the best way possible but Thabo Senong's men will want to cement their credentials as true title contenders by claiming another scalp this time at the expense of Swaziland, who they face later in the week.

Only the top team in each pool and the best-placed runner-up advance to the semifinals. A win for South Africa over Eswatini will see Amajita finish in pole position of their group.