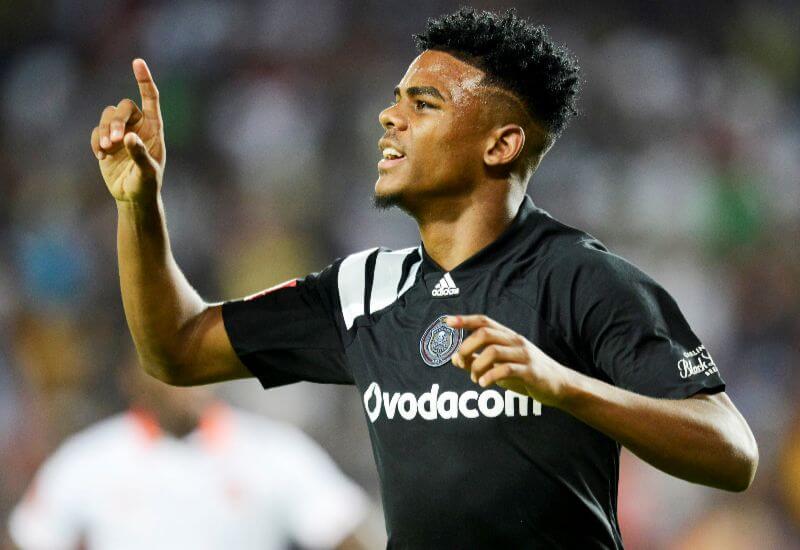 With anguish beginning to settle and time running out in the Buccaneers’ fixture against Polokwane City, young Lyle Foster produced the goods to rescue a point for the home side and with that, score his first senior goal in the colours of Orlando Pirates.

Foster has seen his stock rise in recent months: signing a senior team contract just days after his 17th birthday; making his senior debut & creating an assist in the same game; outstanding performances on National U20 duty in England; an overseas trial in France; winning the COSAFA U20 tournament… all the while doing his homework, passing his exams, and remaining grounded despite his meteoric rise.

The 17-year old Academy graduate was happy to get off the mark, speaking to orlandopiratesfc.com, he said, “It’s an amazing feeling to score my first senior goal and it’s one that I will remember and treasure forever. Every game that I play I wonder if the goal will come then, but now that I’ve scored I’m hopeful that they will keep on coming.”

Looking at the game, the youngster added, “The fact that we drew is not ideal especially after the good momentum that we carried going into this game from our two big wins in a row. I think I would have enjoyed scoring this goal even more had we won, but I suppose playing a part in keeping an undefeated start is the next best thing. I’m hoping that when I get my next chance, I can score as part of the winning team. After your first goal, it’s the winning team goals that are best to remember. I will never forget this one though.”