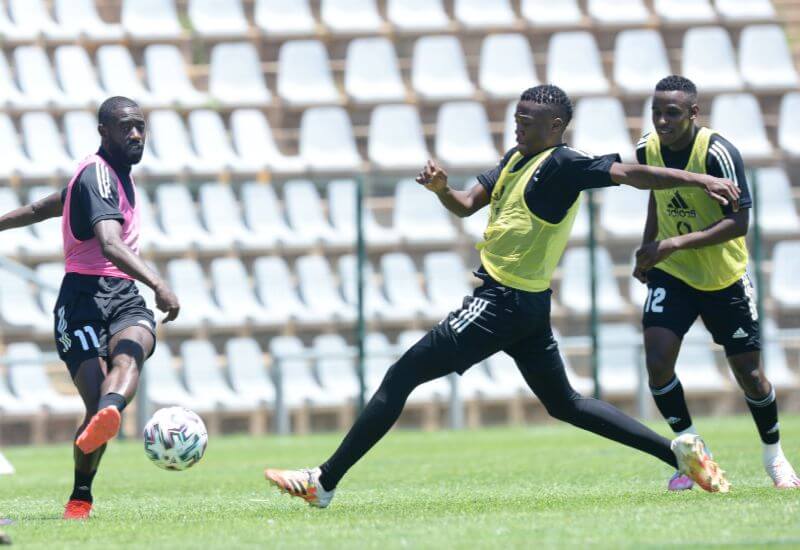 The DStv Diski Challenge strives to unearth the next generation of local football talent, and one of the promising stars who cut his teeth in the competition is Orlando Pirates' Thabiso Sesane, who has been part of the first team in the ongoing season.

As one of the players promoted to the senior side, the 19-year-old has had the privilege of training alongside his idols.

In an exclusive interview with Orlandopiratesfc.com, he talks about the development of his game since linking up with first-team head coach, Josef Zinnbauer.

You have made the big step to the first team, how much have you learned from the senior players?

TS: I have learned quite a lot from the guys in the first team. Myself and Azola (Tshobeni) feel prepared to step up.

What do you think made you stand out during last season in the MDC?

TS: I worked hard in each game. In fact, the whole team worked hard. We were adamant not to lose, and we all wanted to prove that we were good enough to play for the Club.

With this being your first season with the first team, what goals have you set out for yourself?

TS: What I'd like to work on is my strength, as well as my confidence and not be afraid to step onto the field.

The Reserve team, which you were part of, is playing this weekend against Supersport United, who you scored against last time out. Your thoughts on that game?

TS: Well, I've just been told that I'll also be playing in the game. All I can say is 'good luck to us'. Ja, we'll do our best to win.

Lastly, do you have a message for the fans?

TS: I can say, we as players want to give good performances so that we can win and make them happy. Then we can also be happy.