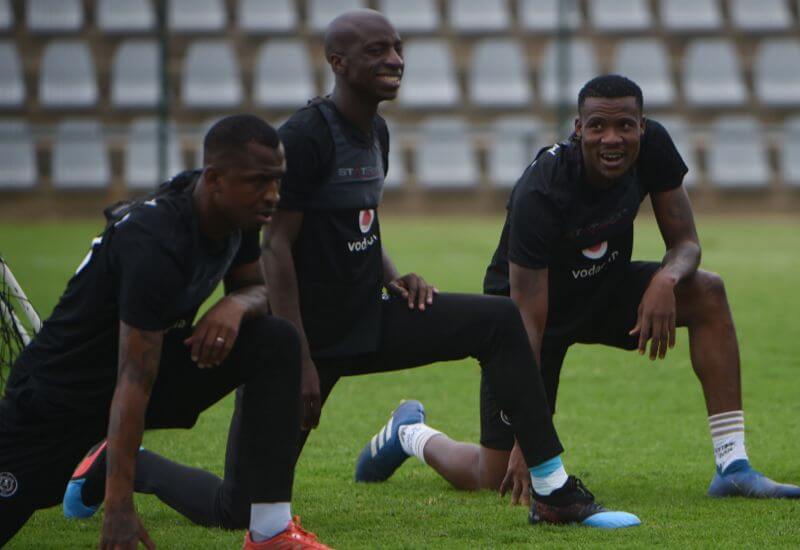 Big Match Temperament, or BMT as its better known, is defined as the ability for an individual to perform well under pressure. These are people who have overcome when all evidence indicated that they should not have.

BMT has little to do with form or ability, it’s the knack to rise to the occasion when the chips are down. BMT isn’t something that can be easily acquired, it’s a quality that very few sportsmen and sportswomen possess.

When it comes to CAF competitions it seems that there is one player in the Bucs' stable who has proven to have the BMT for the big games.

Not many players can boast having a 75% goal scoring record in any competition let alone the CAF competitions – a competition which pits the best teams on the continent against each other.

Striker Thamsanqa Gabuza may not have the best of numbers in front of goal domestically, however if you look at his run in the CAF competitions, one might think that the 31-year old has a love affair for the continental showpieces.

When Orlando Pirates went all the way to reach the final of the CAF Confederations Cup in 2015, “Ganda-Ganda” as he is affectionately known, went on to score six goals in the eight matches he started under then-coach Eric Tinkler, scoring against the powerhouse of Al Ahly and eventual champions Etoile Du Sahel.

A few months later, Gabuza was roped into the national setup which was then considered a surprise call-up and there too, Gabuza delivered in the few matches he played, netting a brace against Gambia (AFCON Qualifier) as well as a goal in Bafana Bafana’s 3-1 win over Angola (World Cup Qualifier).

Gabuza’s name will forever be etched in the history books of South African history after scoring Bafana Bafana’s 400th goal since readmission to international football in 1992, for his strike in South Africa’s loss to Mauritania.

Fast forward to the 2018/19 season where Gabuza - who despite only featuring once in CAF Champions League campaign against Light Stars from Seychelles, already has a goal to his name.