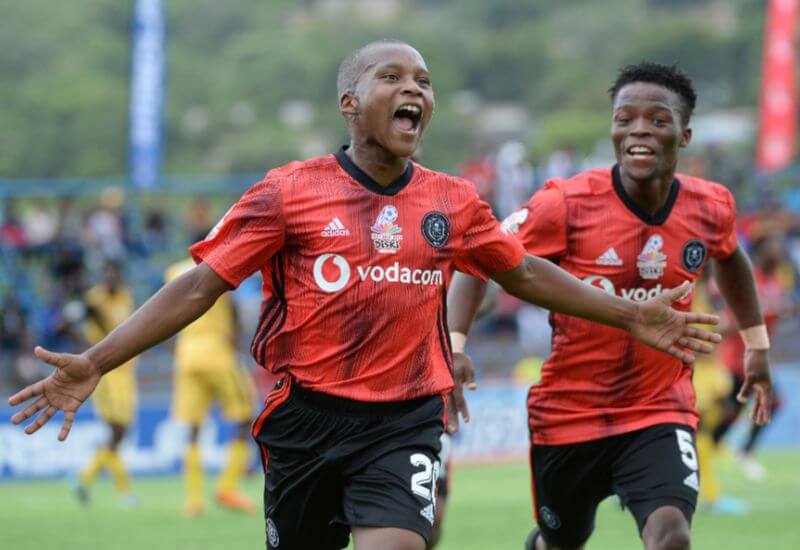 Orlando Pirates Reserves put a quartet of goals past Black Leopards to run off 4-0 winners at Kabokweni Stadium on Monday afternoon.

The Buccaneers came into the game looking to make it three wins in as many matches, in the process strengthening their hold on third place in the Multichoice Diski Challenge standings.

It could have been the ideal start for Pirates, who, in the tenth minute, seamlessly worked their way into the Leopards box for Lesiba Mahlong to deflect the ball into the back of the net. However, the goal did not stand as it was judged offside.

There were no such issues 17 minutes later, with defender Azola Tshobeni receiving the ball well outside the box to unleash a scorching shot, which eluded Lidoda Duvha keeper, Dustan Manamela to put the MDC Bucs in the lead.

The wait for the second wasn't as long, and it came from the trusted boot of Sifiso Luthuli, who made space for himself in the box before firing straight to Manamela, who fumbled the ball over the line. This gave the Soweto Giants a handy two-goal cushion with 33 minutes played, which would remain unchanged going into the break.

The second half got underway with Pirates making it 3-0 with their first attack after the break, as Lesiba Mahlong got on the end of a Lehlohonolo Sepeng cross to turn the ball into the back of the net.

It was soon the turn of Sepeng to get on the scorecard, pouncing on some sloppy work at the back from Leopards to bang in the Buccaneers fourth on the day in the 62nd minute.

That is where the scoring would cease, as Pirates walked off with all three points, while victory continued to elude the struggling Leopards side.