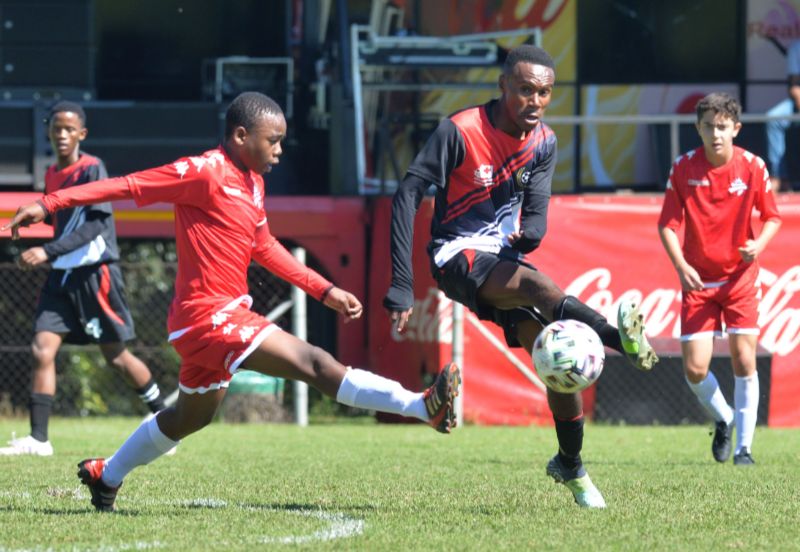 Orlando Pirates Under-21 were among the first teams to secure a spot in the knockout rounds of the Pirates Cup, winning all their Group A fixtures on the opening day of the 2022 edition of the tournament.

The next generation of South African football stars was on full display at Marks Park Sports Club on Friday as the competition returned for another instalment after a two-year absence.

As one of the first teams to take to the field, the Buccaneers youngsters were among the first to collect three points, overcoming a slow start to post a 2-0 win over Socca Dream in their opening game, with Jordan Marks and Ofentse Mothapo finding the net.

They kept a 100% record two-games in, with Marks scoring a brace to help his side to a 2-1 win over Unite Africa Development.

Their near-perfect start was however not enough to send them to the top of the Group A standings at that particular juncture. That honour belonged to Young Boys, who pipped them on goal-difference after collecting 2-0 victories in each of their two fixtures, against Unite Africa and Socca Dream.

This set up a mouth-watering clash between the two Group A pace-setters to determine which side would automatically qualify for the Round of 16, and it was Pirates who pulled through in the end as goals from Neo Mumble and Boikanyo Petlane created some distance between themselves and Young Boys. While Mcebisi Saba’s goal halved the deficit, creating a tense finish, the Buccaneers had done enough to make it through to the next round.

It was not only the tournament hosts who finished the opening day with a perfect record under the win column, as ORBIT TVET College ran in 13 goals to finish on top of Group C.

Meanwhile, a tense battle for top honours in Group D ended in favour of University of Johannesburg, who were trailing Alexico Football Club on goal-difference heading into the last round of fixtures.

This was before racking the goals against Hungry Lions Juniors, bagging the biggest winning margin of the day as they won 9-0, with Rorisang Qhoqha netting four times, while teammate Thabiso Mathembeka scored thrice as the two players finished the day equal on five goals, along with ORBIT’s Gomolemo Khotho.

Other teams to make the next round of the competition were Turfloop FC, who topped Group B ahead of Ikemeleng FC, while TS Galaxy reigned supreme in Group E, leapfrogging Amahle FC by completing an 8-0 thrashing of Soweto United Academy in the day’s final fixture.

Bucs Starlets in SA Under-20 Squad for COSAFA Championship