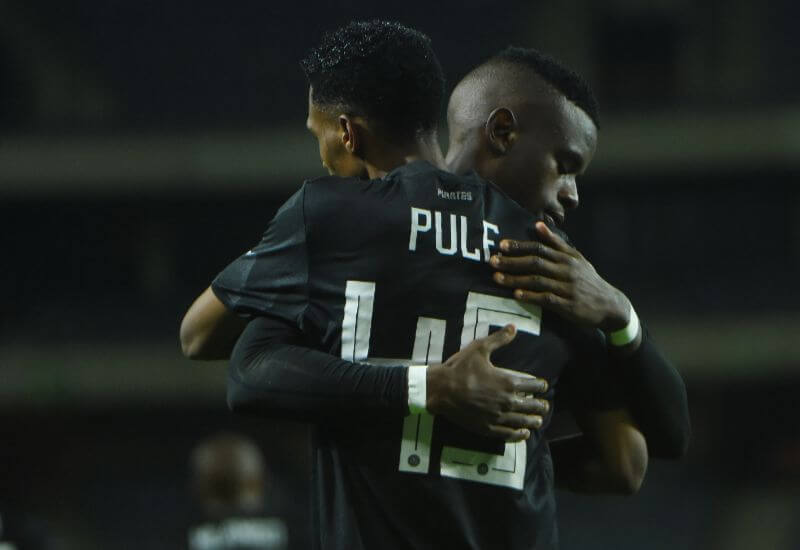 Ford Goal of the Month is back and it’s your chance to cast your first submission of the year!

2018 ended with Orlando Pirates leading the pack with the highest number of goals in this 2018/19 campaign and the goal scoring didn’t end there. The Buccaneers added a further 12 goals in the eight matches (all competitions) played in January.

So compacted were the games for the Club during the December and January period, that we have decided to combine the list of the best goals scored over both months.

For this edition of the Ford Goal of the Month we have Thembinkosi Lorch and Justin Shonga at loggerheads once again, this time with two submissions apiece.

Lorch’s first entry was off the back of a well-worked freekick against Free State Stars. Ironically, Shonga who supplied Lorch for that wonderful goal, enters his own goal from the same fixture with an equally well-orchestrated goal.

‘Nyoso’ was at it again against Highlands Park where he starts and finishes off a beautifully crafted goal involving four players and a total of just seven touches before slipping his shot past the keeper.

Happy Jele also comes in to represent his fellow defenders with a submission of his own. The captain leaps above all in the box to head Pirates into the lead against Chippa United, while Vincent Pule also comes in with a headed goal of his own against a stubborn Baroka FC side.

Shonga returns to the nominations list with a signature freekick goal against Black Leopards in the Nedbank Cup.While newly dubbed “Super Sub” Kudakwashe Mahachi makes his debut in the competition with his debut goal for the Club, a stunning left-footed equaliser that secured a point against Highlands Park.

The voting for December/January Ford Goal of the Month closes on February 15th, 2019. Terms and conditions apply.