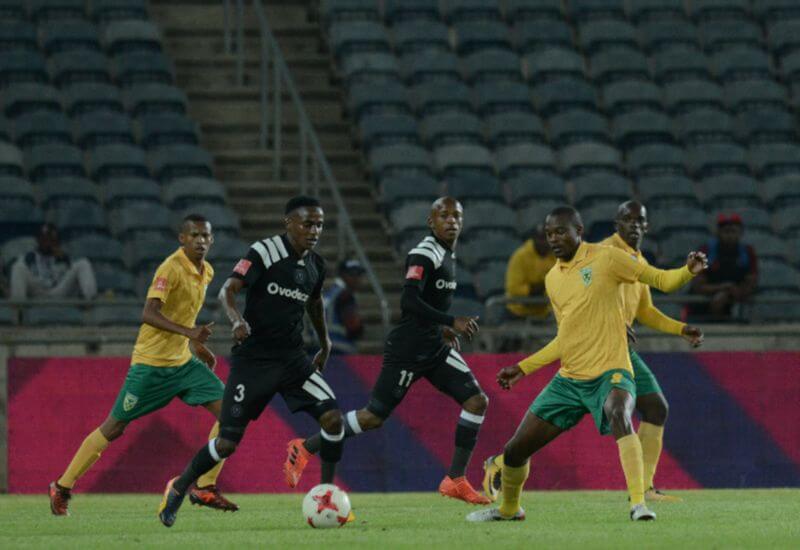 Orlando Pirates will focus their attention back on the Absa Premiership following their exit out of the Nedbank Cup.

The Mighty Buccaneers travel to Durban this weekend where they will need to prove that they have overcome the disappointing defeat they suffered at the hands of Cape Town City on Wednesday night when they face Golden Arrows on Saturday.

Pirates, who are second on the log table behind Mamelodi Sundowns, have an opportunity to reduce the lead to one point as the Brazilians will not be playing this weekend.

However, it won’t be a walk in the park for the Buccaneers because Abafana Be’sthende are wary of being drawn into a relegation battle so late in the season.

Despite being in 10th place – only three points separate them from 15th placed Ajax Cape Town albeit with a game in hand over the Urban Warriors.

Arrows have had an indifferent start to the New Year with Clinton Larsen’s men winning only two league matches in 2018. Of their five previous league encounters, Arrows have registered one victory, drew twice and lost twice - scoring seven goals and conceding eight in the process.

One thing that is certain based on their last five matches, is that Arrows have no issues in the goal scoring department. In fact, they have the fifth best goal scoring record in the league.

Where they have struggled however, is in defence. The defence has only been able to register two clean sheets out of the eight games they have played in 2018.

Traditionally, matches between Pirates and Arrows are always exciting because goals are guaranteed. However, the teams bucked that trend in their last encounter against each other, with the match ending in a goalless draw. This was the first goalless draw between these two sides since 2009.

Surprisingly, there has only been one goal scoring draw and that was back in 2006 – 17 December to be exact.

Of the last 15 league matches played against each other, a total of 37 goals have been scored which is an average of 2.5 goals a match. Of those 15 matches, the Buccaneers have won the majority – winning 11 against Arrows’ 2.

If you have never seen Arrows play, you need only look at the team’s nickname to get an idea of the type of football to expect from this team.

Abafana Be’sthende as they are affectionately known, is loosely translated as ‘The Backheel Boys’.

Arrows play a fast-paced, expansive game. The team often adopts a 4-3-3 formation which makes them a threat in attack, especially on the break. They use the speed of the likes of Lerato Lamola, Knox Mutizwa and Kudakwashe Mahachi very effectively, however, the latter has been struggling with injury of late. His absence has seen the left-footed duo of Nduduzo Sibiya and Yusuf Jappie get more game time.

The likes of Mthokozisi Dube and Innocent Maela will need to be mindful of the counter attack as this is where Arrows are at their most dangerous.